On a very ordinary day the main character discovers a very curious, but damaged robot in a dump. He had to repair a lot of different robotics, but he had never seen such robots before.  He couldn't imagine that  his life would change forever after that. 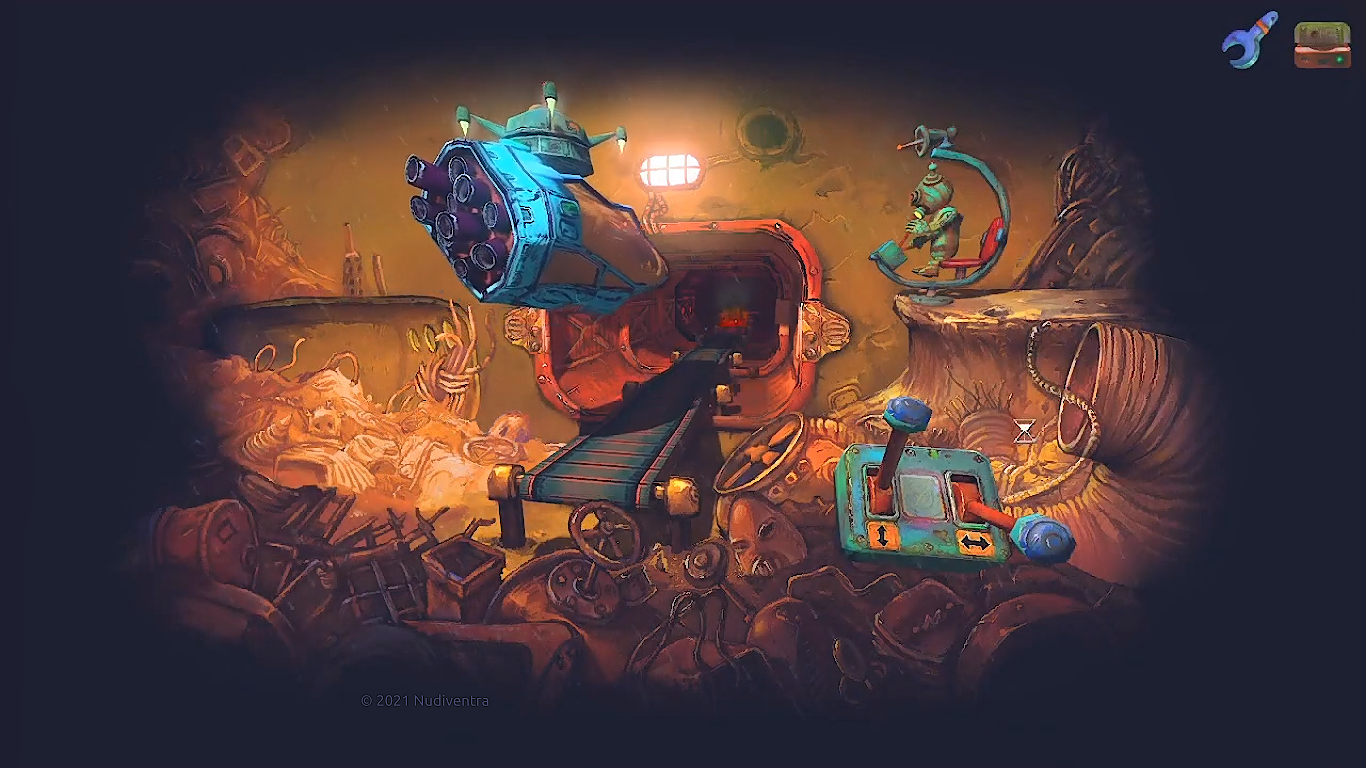 For the most normal curiosity, punishment immediately followed without any explanation! The Mechanic has a hard time. But still manages to find a way out of the chamber of the scientific laboratory and move in search of the RO-2 of the very robot that he managed to repair. All this is for answers! 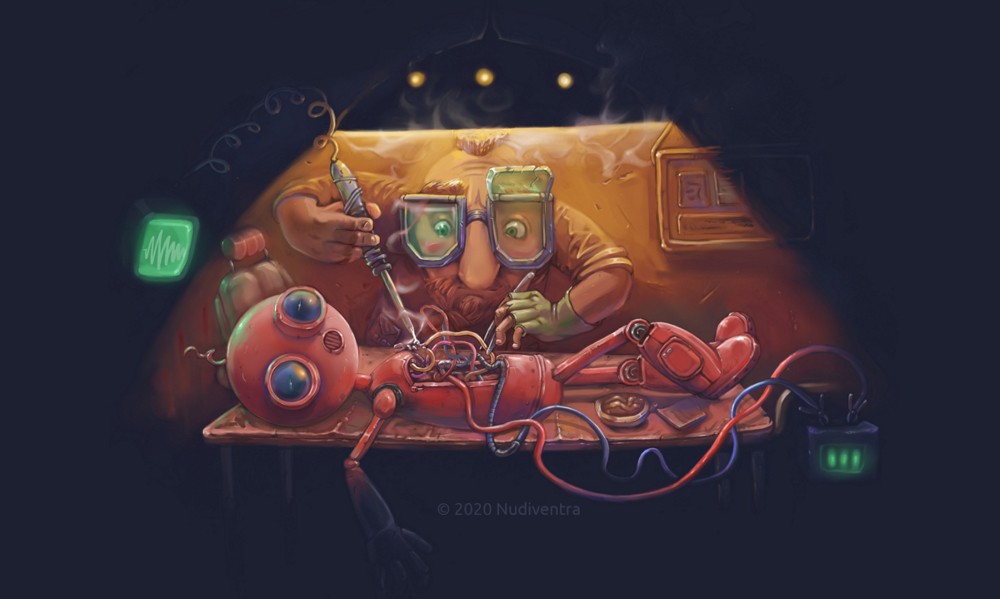 The events take place in an uninhabited world affected by an environmental disaster. This world is called Bifrostiya. However, the rusty city Ilgroth has survived most of the consequences and defies natural conditions.

There are only two intelligent species left that inhabit the planet and are divided into Morsums and Crokols. 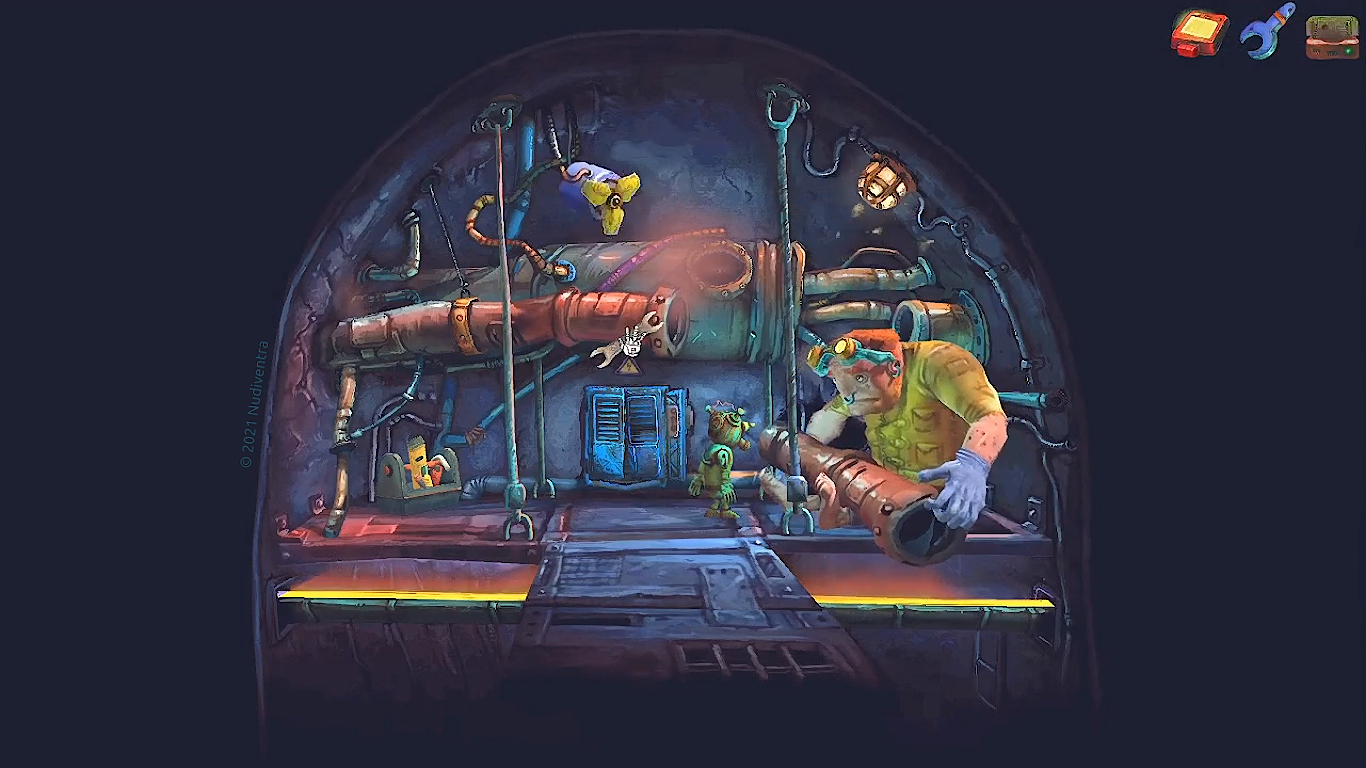 Crokols are reliable and strong creatures that don't care about the environment in which they can live. And morsums are weaker and more susceptible to attacks from outside but with a more developed intelligence. 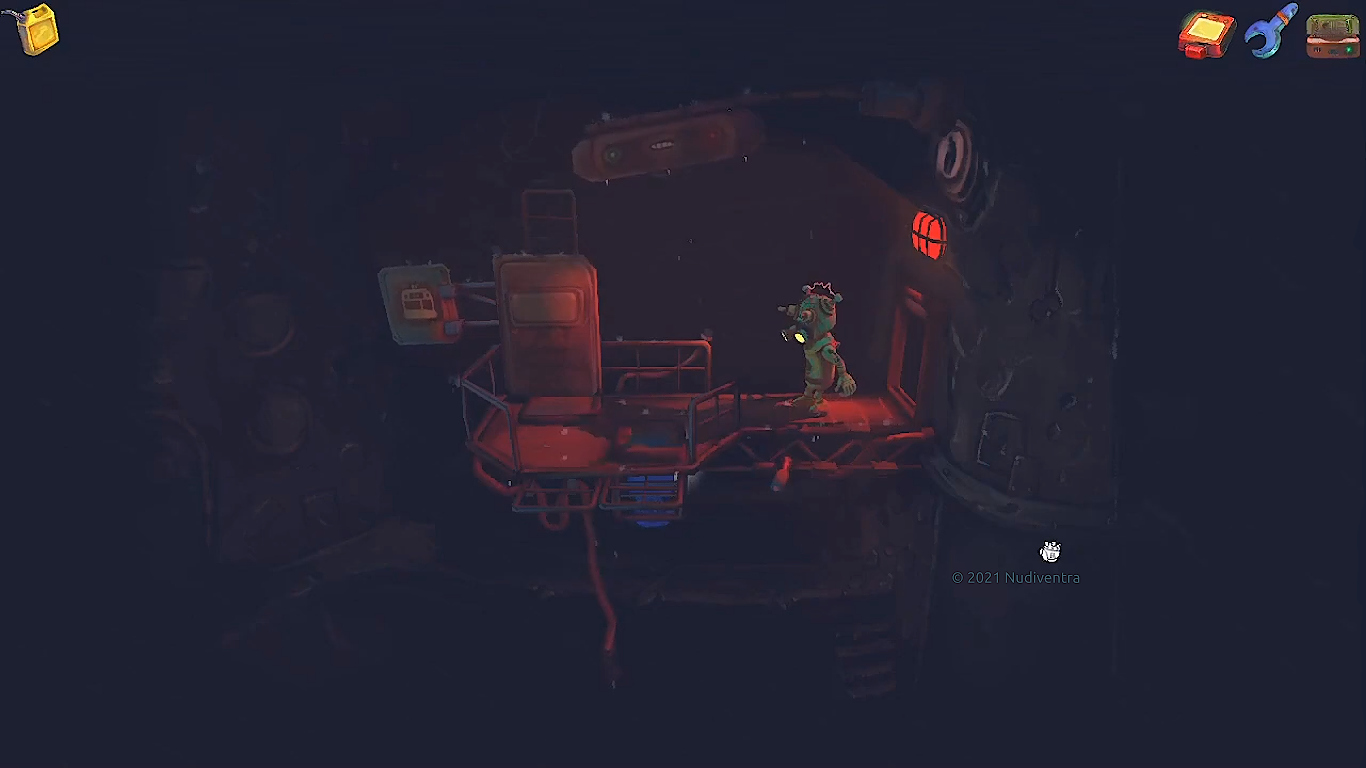 To survive in the infected desert, the Mechanic must find a protective suit.  There's a lot of puzzles on his way. By the way there are other creatures on this planet, such as the six-legged Gesta like a new breed of dog.

Most life forms live among closely connected giant cave complexes, where they find food in the form of predatory plants, mushrooms, etc. 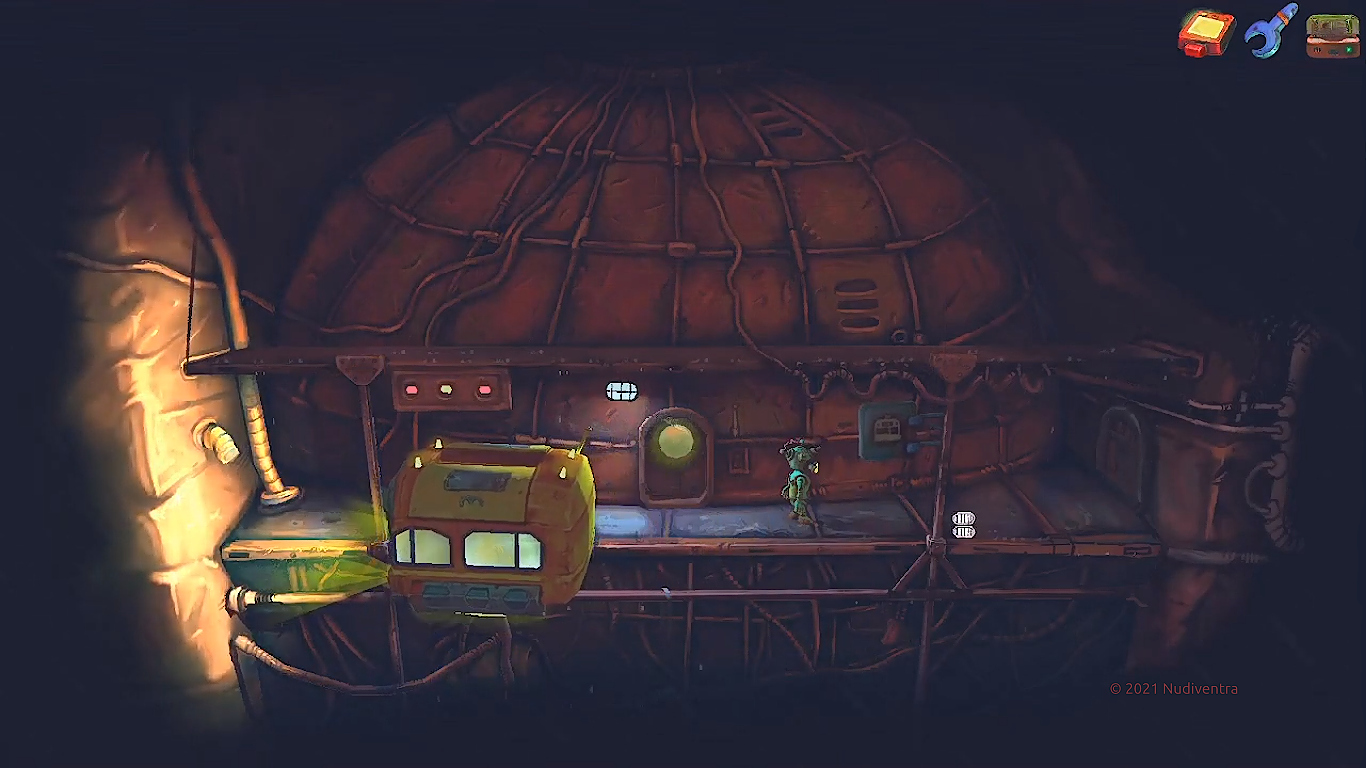 The game has a crafting system, which gives a more flexible interaction with objects.

The main focus is on puzzles and a linear scenario, which is served in different ways:

— Through dialogue with characters;

— Through information chips that can be viewed in the PDA;

— Also, levels themselves are an integral element of the narrative: scattered drawings, animated holograms, backgrounds and other decor; 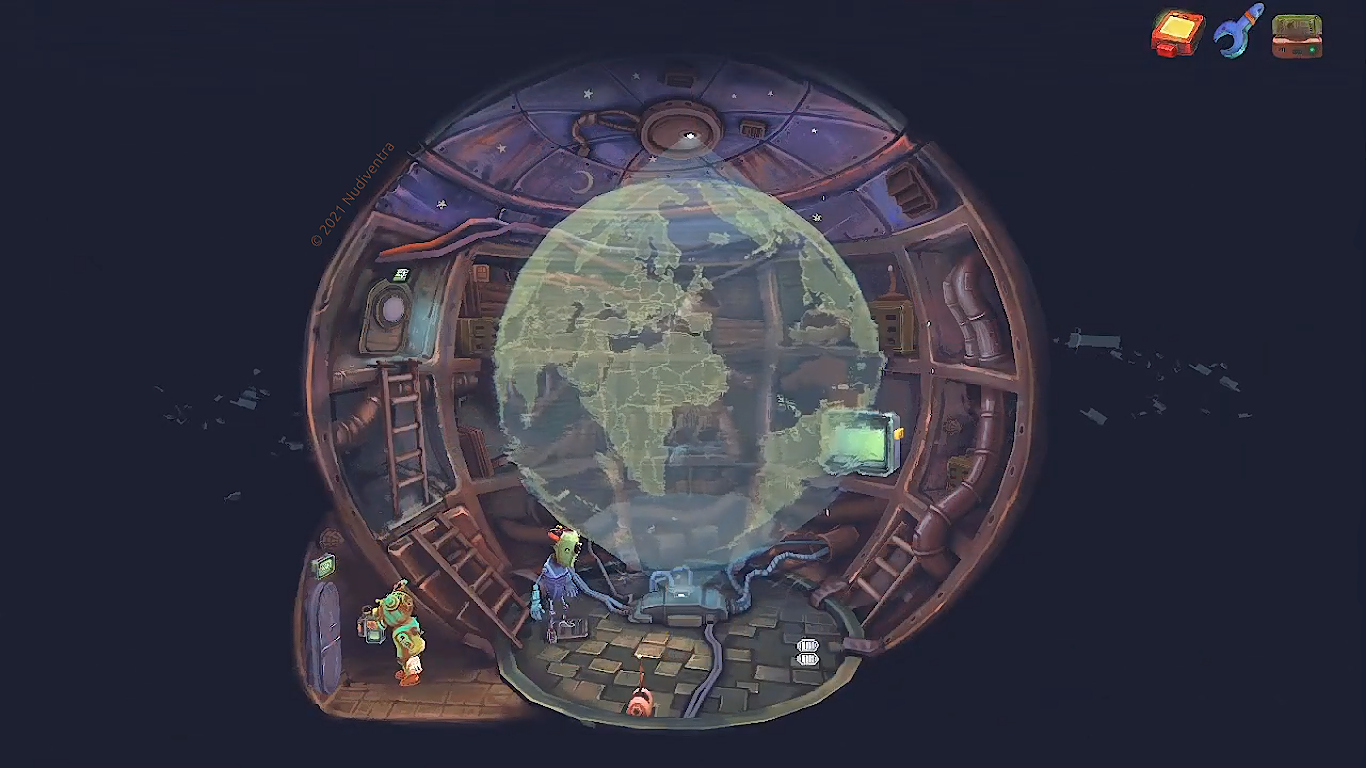 — Immersion in a distant and unknown world somewhere on the outskirts of the universe;

— A variety of levels, each of which is unique in its structure;

— Cozy "illustrative" atmosphere in the style of retrofuturism;

— Intertwined puzzles with a captivating story;

— Soundtracks for each level in Ambient style with cyberpunk elements, by Alexander Zhelanov.

Our project consists of three developers (Igor Tverdokhleb, Katherine Novakovskaya, Tort) and a composer (Alexander Zhelanov).
The development started on August 2, 2016. Inspired by games like The Cave, Dead Cyborg, Primordia and Machinarium, as well as the Matrix and Star Wars films. We like the idea of a setting with a clear imprint of time, dystopia and post-apocalypse in games. The project is being developed in the Godot game engine, creating content in Blender, Krita, Gimp. The concept was going to BGE. The project is completely drawn using only diffuse texture. An established Hand-Painting style.