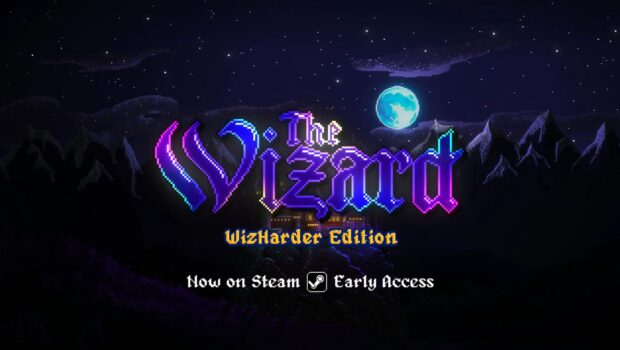 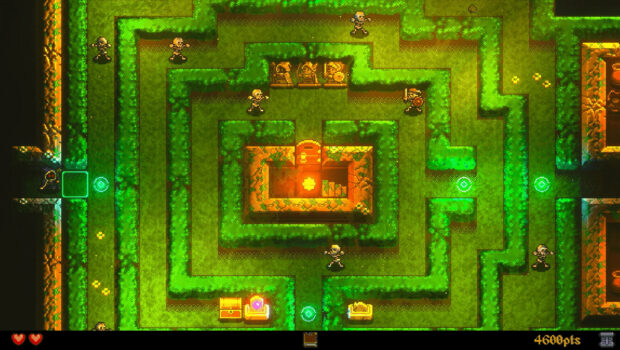 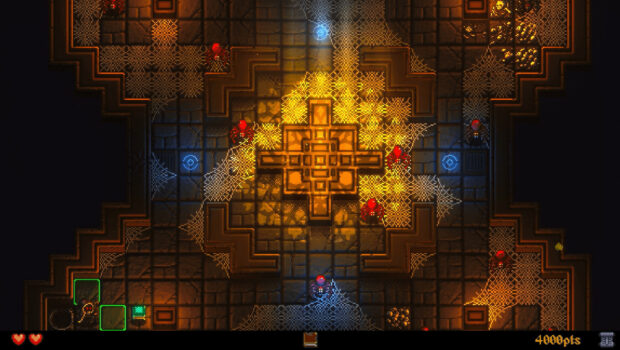 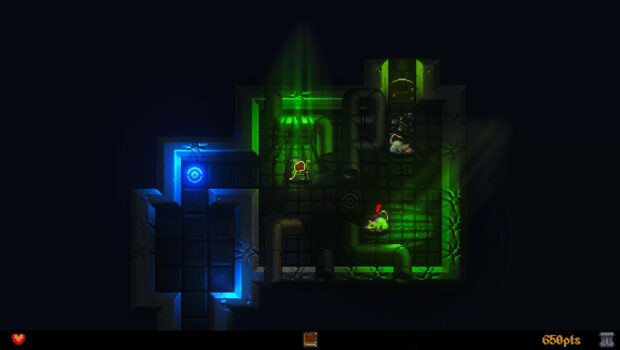 You play as Kevin, the most handsome wizard in school — until your face gets stolen! Learn gesture-based spellcasting as you beat challenging enemies through mind-boggling mazes in this turn-based tactics game. Can you catch the thief and save face?

In The Wizard, you’ll face a greater challenge than ever. You’ll have to be a wiz kid to beat this one — and thankfully, you already are. You play as Kevin, a wizarding student, though you aren’t doing much magic these days. After all, being the most handsome kid in school sure does take a lot of work! That is until one day, this no-good thief up and steals your face! You just can’t face your classmates without it, of course, so the adventure begins.

You’ll have to navigate through the dark and gloomy dungeons beneath the academy to fight enemies aplenty, from rats to slimes to whatever that thing is.

…Yeah, we’ll let you find out for yourself on that one. Either way, you’ll have to collect these mysterious spells and cast them using a unique gesture-based spellcasting system. Draw the pattern of the spell in the 3x3 aether grid in any direction you choose to kill an enemy, break down a door, or uncover some secrets along the way.

At its core, Hypnotic Owl is comprised of two people; two old friends and industry veterans[citation needed] hell-bent on bringing joy and peace to the world through the power of love. Also, video games.

Jan Lachnit
Born and raised in the lovely city-sized village of Konstanz, Jan set out to create the best Pen&Paper RPG ever made. When that didn’t work out, he studied Computational Visualistics and became a professional game designer, which went a little better. After graduating, he started to work for The Games Company, until they filed for bankruptcy, which was totally not his fault. Probably. He then got hired by Silver Style Studios as Lead Game Designer for the award-winning MMORPG “Herokon Online”. Now he is the Chief President of Business & Game Design™ for Hypnotic Owl.

Hannes Flor
Most of his life is a mystery, though it is known that he attended the very same university as a certain aspiring game designer, with whom he would form a friendship that would last the two men for over a fraction of a decade. He later went on to become Daedalic Entertainment’s Lead Compositor and Background Animator on numerous projects, most notably the even more award-winning Point&Click Adventure “A New Beginning”. But his works are not confined to game development alone. Writing short stories and screenplays, directing films, and making music, he is a jackass of all trades. He now serves as the Lead Captain of Programming & Narrative ‘n Stuff™ for Hypnotic Owl.