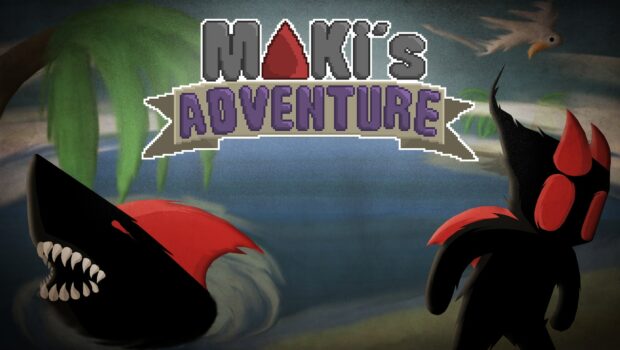 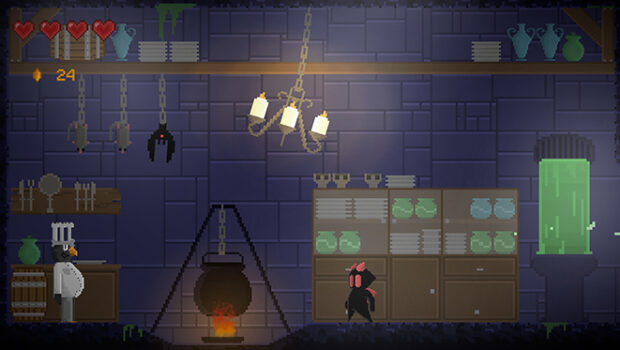 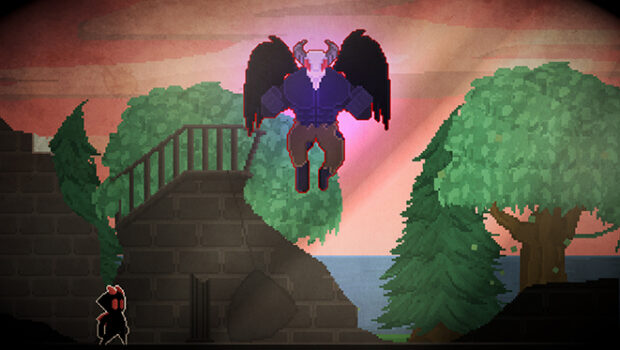 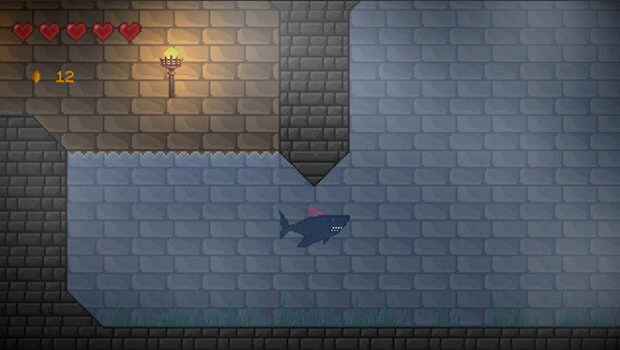 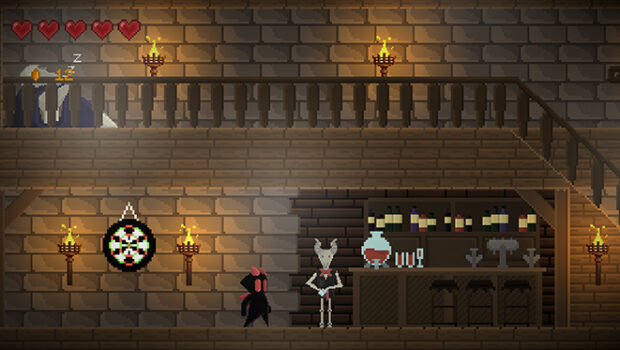 Makis Adventure is an Action-Platformer with sharks! The character "Maki" is able to transform into a shark. Fight dash swim and bite your way through 3 different dungeons. Face different enemies and mighty bosses! "This game does not have hook, it has a bite!"

Makis Adventure has traditional Action- platforming combined with unique and smooth momentum- based underwater movement (diving and swimming as a shark). Additional platforming elements such as minecart races are also in the game. One of the unique things about the game is the switch from 2D to 3D, since the dungeon levels are played in 2D and the water area, where you switch between the islands is in 3D.

Maki and his brother Temu (two shark demons) where chosen to protect the land from evil demons. One day however, a storm broke open the gate to the underworld and Octo, the demon lord, could get into the overworld. He started to terrorize the residents and even destroyed whole islands. Maki and Temu faced Octo in a big fight but both of them were defeated. Now its up to you to beat Octo and bring the union and harmony back to the residents!

My name is Mateo and I'm a 19 years old solo game developer from Moers (NRW in Germany). I started with game developement in March 2020, developing some small prototypes over the year. One year later, in 2021, I started to work on my first major project "Makis Adventure". Since I came from a pure artistic background, starting with programming was pretty hard for me. Giving up was never an option for me, since I want to make a living from game developement one day and I will do anything to get there! The nomination as "best Prototype" at the german videogame awards was the first step!
https://deutscher-computerspielpreis.de/gewinner/makis-adventure/

Also, Makis Adventure will be present at this years "Devcom". It is my first time visiting a fair as Exhibitor and I am very excited to meet fellow gamedevs and make connections. Connecting with other devs and the industry is really important to me.