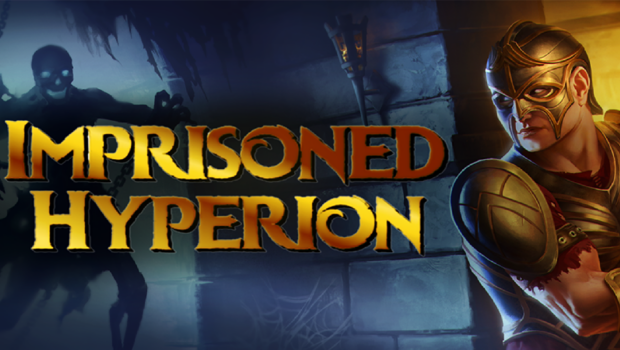 Imprisoned hyperion is an imersive sim, first-person rpg. Explore the dark and dangerous dungeons of a world that has survived its end. Survive by finding safe resting places and cooking food. Help different creatures and learn the dark history of this world and your own.

Inside the Imprisoned Hyperion, you will find yourself in a dark and mysterious dungeon after the end of the world. Now life on the surface is no longer possible and people have gone beneath the ground. But it didn't go as planned... People had to start a war with the underground inhabitants. People lose it and are gonna die eventually. Though you are not their savior and not a hero. Because you have your own more important goal in this world, and most of its inhabitants will never understand you. No matter what comes next, but you will achieve your aim.

In the dark dungeons of Hyperion, there are many dangerous creatures that will drain your powers. Steel and spells are a good helper, but there are no magic potions that will restore your powers. So, act wisely, look for food and safe places to recover.

There are different ways to succeed. Poison the food in the kitchen to avoid battle or kill the mage who gave you the task to get your reward without completing the task. Your adventure has a specific goal and no matter how you will achieve it. Use your wits and ability to improvise..

We have a small permanent team of 3 people, we have already finished several projects and are working on others.

In Imprisoned Hyperion specifically I am the author and decision maker, but our roles change depending on the project.

Our technical artist and modeler is a permanent resident of Germany.