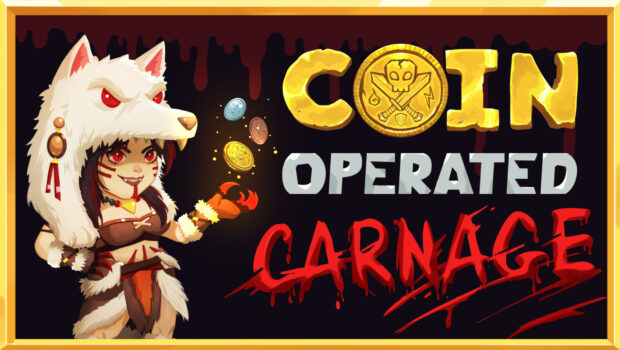 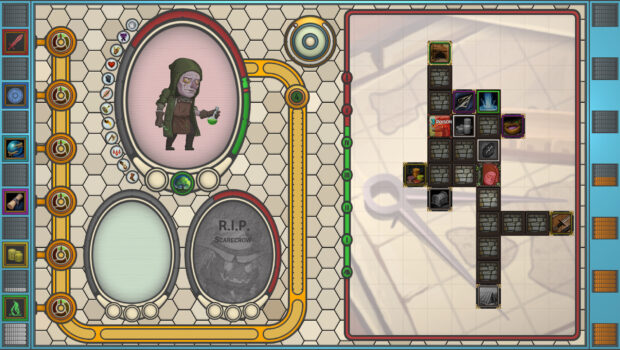 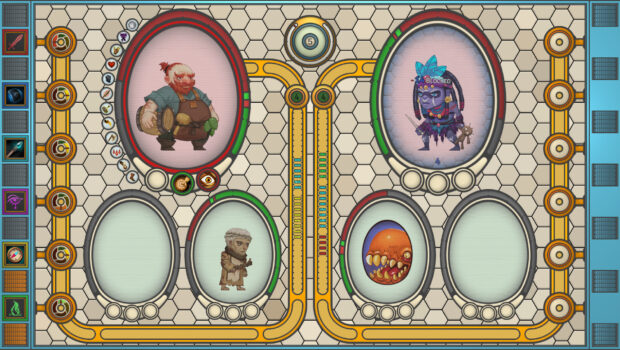 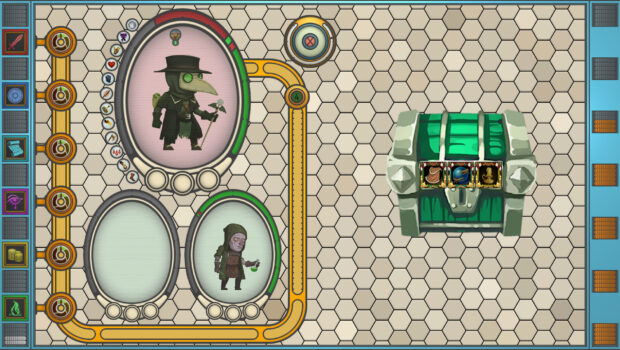 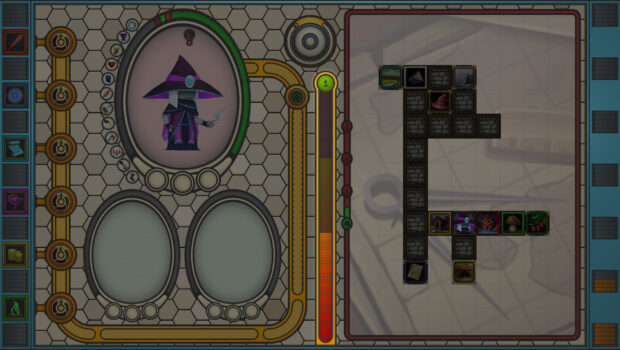 Coin Operated Carnage is a single-player rogue-like complemented by a unique tactical fight mode. Lead up to three lovable heroes at a time through tile-based adventures composed of hundreds of unique unlockable game elements interacting with each other.

Coin Operated Carnage meets all the requirements of a rogue-like: A dungeon crawl through procedurally generated levels, turn-based gameplay, grid-based movement, and permanent death of the player character. Yet there is so much more to it.

Hire a squad of up to three lovable Heroes and lead them through thrilling adventures composed of hundreds of unique unlockable game elements interacting with each other.

- Arm the Ballista and lure an unsuspecting Skelly into its line of fire
- Catch the Flying Dealer and buy a Leg of Meat
- Expose a Secret Passage and slip by your nemesis
- Peddle a corpse at the Undertaker
- Visit the Observatory and see a Meteor falling from the sky
- Scavenge by the Gallows and slip
- Join a Viking Raid and plunder as much as you can carry
- Stab the Voodoo Doll and find out
- ...

Your Heroes run on Action Coins. Mint six distinct types and make them dance. But plan ahead! And lurk for bargains!

- Hit - A good old smack to the face
- Block - The best offense is a good defense
- Ability - Throw a leech, summon lightning strikes, have a gulp of beer, ...
- Sabotage - The easiest way to spark rage in your enemy
- Augmentation - Get rich quick, for real this time
- Substitution - Get out, you good-for-nothing!

- 180 Tiles - Each with unique behavior
- 8 Heroes, 16 Enemies - Each with a unique ability, two perks, twelve attributes
- 30 Items - Each with up to two perks
- 7 Good, 7 Evil Traits - Altering the hero they belong to
- 16 Consumables - Grant a one-time effect
- 11 Bonus Adventures - Handcrafted for particularly memorable experiences

Daniel Heilmeier was born in Würzburg in 1994. He has a B.Sc. in Biotechnology as well as a B.Sc. and a M.Sc. in Mechatronics Engineering. In addition to developing his dream game Coin Operated Carnage, he has also written and published a cheesy fantasy novel in German and English.