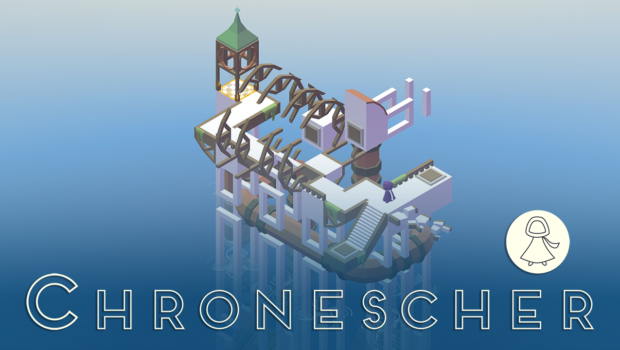 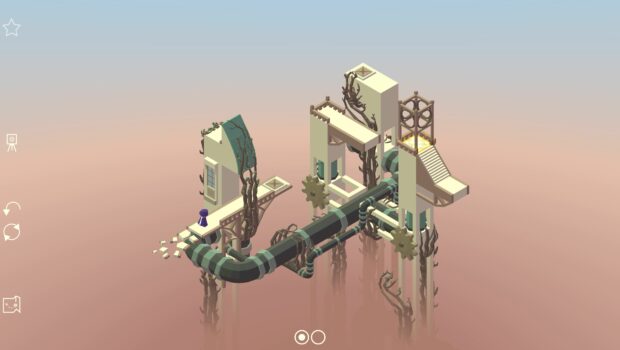 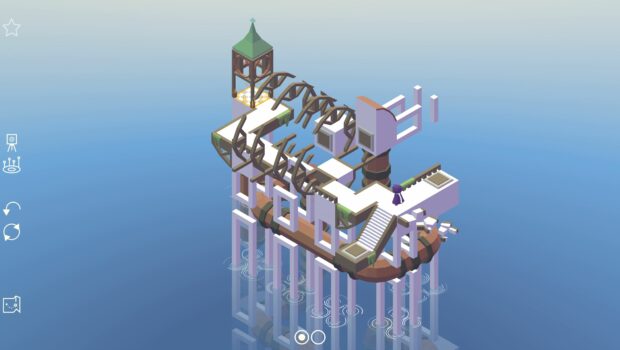 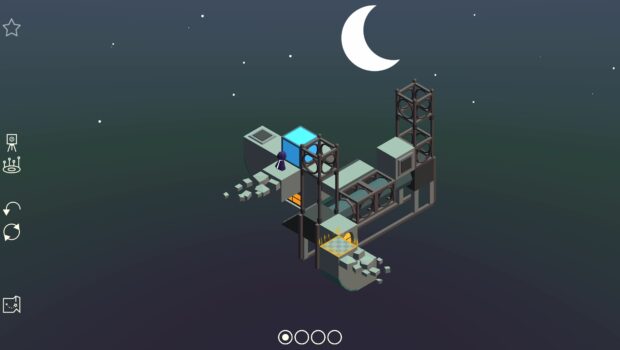 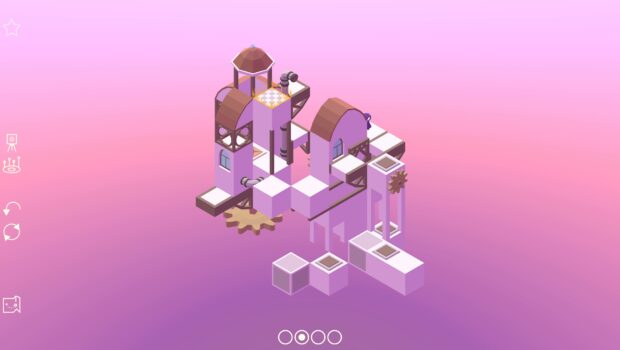 Chronescher is a challenging isometric puzzle game. Players must use an array of abilities and mechanics to navigate the level and reach the goal tile.

Chronescher is set in an escherpunk world consisting of six unique biomes. It requires the player to learn time- space- and mindbending mechanics in order to puzzle their way forward. As they progress further they unlock comic panels that tell them more about the protagonist.

Players learn to place portals and return to them at a whim; Take a snapshot of the level and restore it to this saved state at a later point - without moving themselves; Change the camera perspective in order to unveil new paths and hidden passages. The most difficult puzzles will require them to combine all these abilities and reach places that seem almost impossible to get to.

Purple Sloth Studio is an Indie Game Studio, formed in Berlin in early 2018, with the expressed purpose of creating video games (and related media) with a political subtext in a safe and supportive environment. As an explicitly queer and feminist project, the studio aims to center queer perspectives, but also further other emancipatory perspectives, as outlined in the mission statement available on the purple Sloth Studio Website.

To this end the 'Purple Sloth Studio eG' Co-op (Genossenschaft) was founded in 2021.

In 2021 Purple Sloth landed the surprise hit "What's your gender?" an educational game that originated in a bpb-hosted game jam and went on to win the bronze medal in the Melbourne Queer Games Festival 2021.