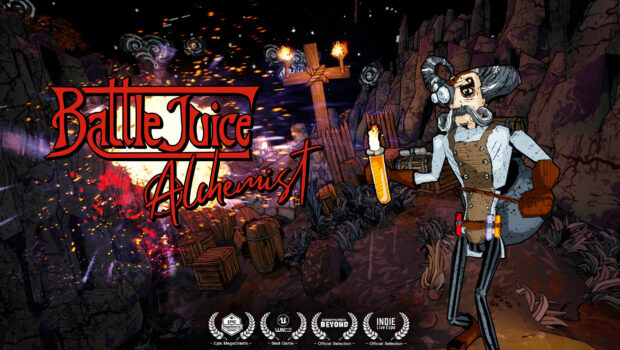 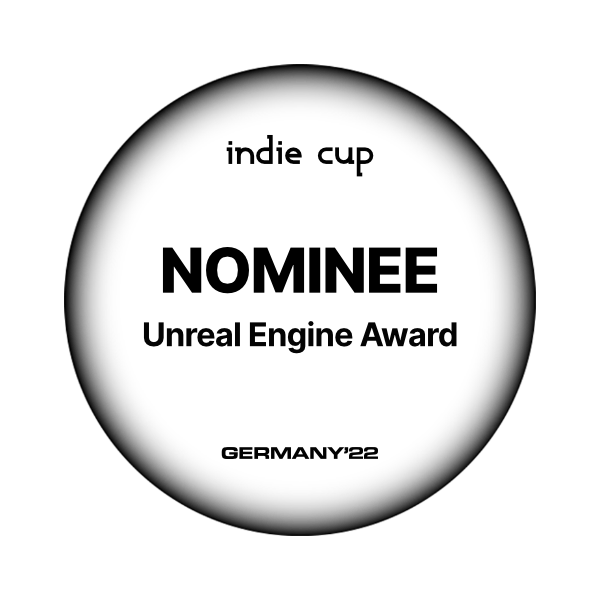 Juice, the alchemist, is called to Caribou Creek to fight the demons that roam the lands. As your unique version of Juice you explore the wilderness that once was New England. Fight evil in classic action RPG isometric top down view and in bullet-time close combat.

Find and craft items with game-changing powers. Master BattleJuice Alchemist’s deck-building mechanics by arranging your compilation of flasks to suit your playstyle. Accentuate your character beyond character customization by using ritual magic as long-term buffs. Meet strange creatures from the Crossroads while the dark plot of BattleJuice Alchemist unravels.

Loot and Craft
As an alchemist you wear no armor and wield no sword, but you rain down fire on your enemies. Find flasks with unique properties in the wilderness or craft them at your workbench. In deck-building fashion you create a compilation of flasks which you randomly draw from.

Unique Skill System
In BattleJuice Alchemist, your flasks are your skills. Every flask can be used the normal way and at times in a supercharged, "jucified" way for stronger effects. Some flasks have powers attached to them that drastically change their effects when used, which allows you to develop your own playstyle.

Procedural Landscapes, Hand-crafted Towns
The world of BattleJuice Alchemist is separated into vast levels of procedural landscape. Every valley, sea, river, mountain, building, stone, tree and item is placed by a unique algorithm. This allows you to continue exploring after you completed the main story. Quest locations are still hand-crafted to tell compelling stories.

Dark Lands to Discover
You are influenced by daytime and weather effects and so are your enemies. But they are also buffed by the evermore spawning demons’ presence. Find dark altars to hold their influence at bay and discover many other secrets.

Classic isometric ARPG action
Fight your enemies from afar in classic top down view. Throw explosive or freezing flasks at them, prepare ambushes of explosive barrels. Use the “Frog Hop” flask to jump away from danger or right into close combat.

Close Combat with Bullet-time
Enter close combat with an enemy, where you can interact hands on by dodging or using smoke flasks to avoid being hit. Manage your resources and flasks during these intense one on one battles against your awe-inspiring enemies from the Crossroads.

Alchemical Works is the independent German game studio creating the action roleplaying game BattleJuice Alchemist. Most of us live and work near Frankfurt, Germany, some abroad. With the help of our agency, Digital Development Management, we are building an international network.