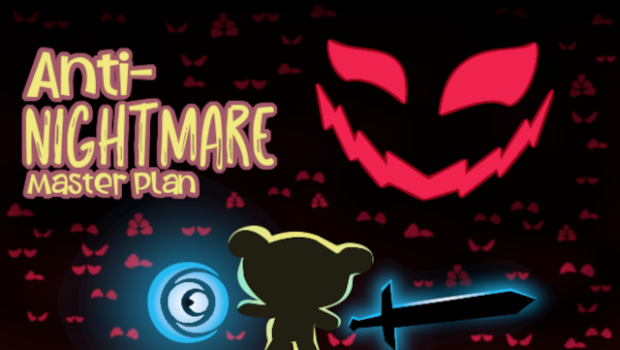 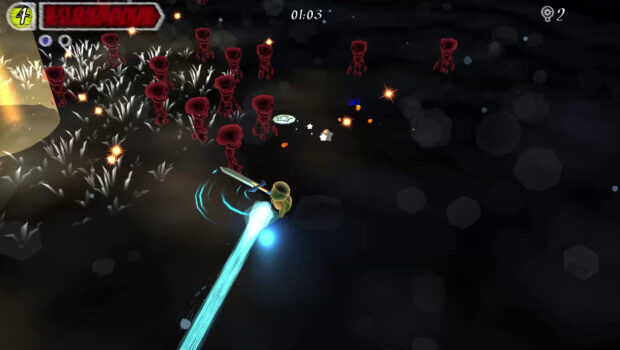 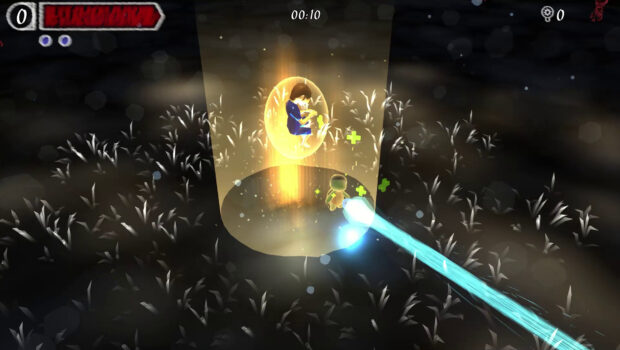 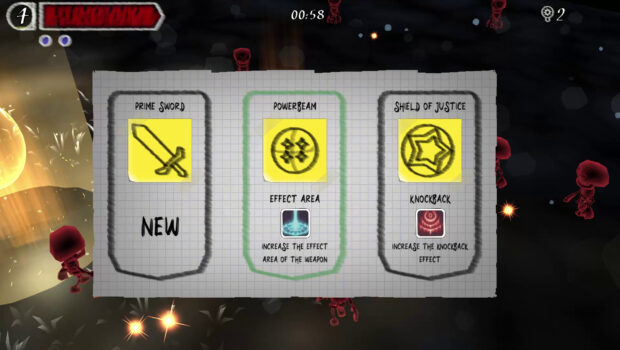 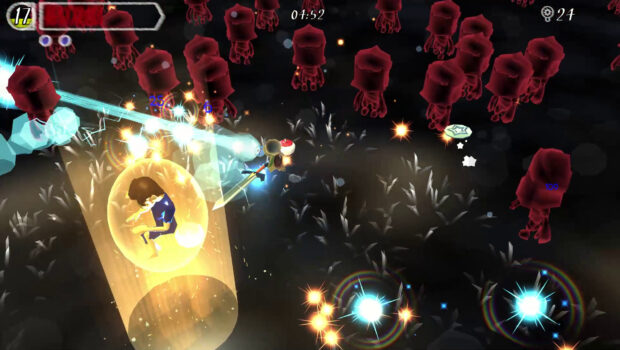 This survival roguelite cycle consists of day and night. Improve your basic abilities and plan your weapon skill paths during the day. Use randomly obtained weapons from your unlocked set and collect random ability upgrades to survive the nightmare at night.

The idea is that a boy is plagued by nightmares and decides to fight them. With the help of his imagination he tries to prepare his dream protector for the nightmare. To do this, basic skills can be improved in the notebook, new weapons can be unlocked and an individual skill path can be created for each weapon. Path skills are stickers that are drawn from booster packs. These have different rarities which determine the quality. The stickers can be placed on the path and activated later when leveling up.

In the dream you control a toy of the boy and try to eliminate waves of enemies while protecting the boy. To do this, the toy has up to 4 automatic-firing weapons at its disposal. These weapons are randomly selected from the pool of unlocked weapons. During the fight you collect experience points with which you can level up the weapons along the skill path. On the other hand, you try to collect as many imagination points as possible. These imagination points are used as currency during the day to unlock skills and weapons.

After a long time of dreaming and some preparations, I've jumped into the adventure of becoming a game developer. So now I'm trying to gain experience and become successful enough to feed my little family.
Apart from that I regularly meet with like-minded people from a GameDev community in my region.