The Tower of Dimensions 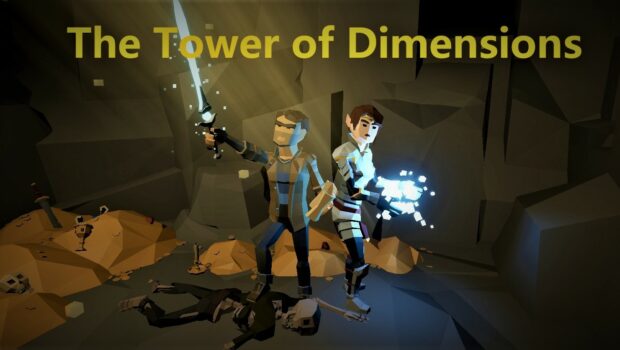 Playing mobile games from time to time, we noticed that there are less and less single-coil action games on pocket devices, and we decided to fill this gap with our game.

Inspired by Stephen King's "The Dark Tower", it tells the story of a man who, by the will of fate or by chance, gets into various worlds, times and universes trying to return home, and if possible, "fix" the intersection of all these biomes.

It's an isometric action game with classic smartphone gameplay, but spiced up with a gripping storyline, ironic dialogues and interesting characters.

Uncover the secrets of Dimensions, defeat enemies, communicate with your companion and story characters, improve your weapons and upgrade your skills.

Once, having succeeded in my profession as far from game development as possible, and having received enough free time, I realized that I have always wanted not only to play, but also to create exciting games in order to delight players around the world with them. This was the beginning of my journey into this world of development.

For about a year I have been studying Unreal Engine 4, doing some of my own little projects, mechanics, demos and stuff like that.

Then I met a wonderful person — UE4 programmer, with whom we later decided to make a game for smartphones, because, well, "if there is no game that you would like to play, create it yourself!". And of course, we craved money and fame lmao.

And we still crave it.

After a while, we were joined by an interesting girl who is now engaged in a lore, narrative, plot and dialogues.

This is how my little super-indie studio GusGus Games and our first serious project — The Tower of Dimensions — came into being.