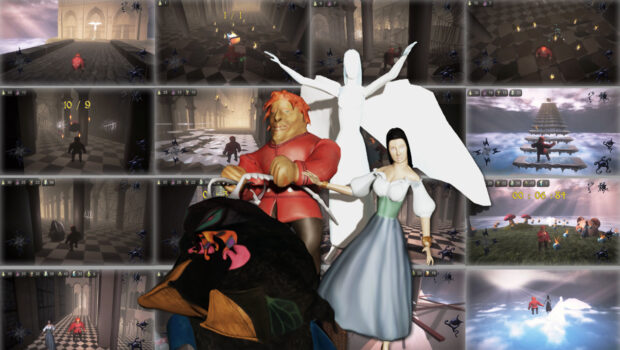 Adventure in the Sky cathedral

Adventure in the sky cathedral is a way from dark and low levels to light and high levels. Levels contain different kinds of tasks and every task has a type of mark (logic, struggle, intuition, luck, ride time, balance etc.). All of the levels are made in arcade genre.

Human on a bridge. He doesn't have a way back. Below him is an abyss. In front of him is a building. Building has a central entrance and left and right entrances related to the central entrance. In the up direction of the building it is also possible to determine three levels. That building is a cathedral. The Cathedral in the Middle Age is an embodiment of a beautiful and unshakable spiritual base that is expressed in architecture. Human for touch with some spiritual principle and being in it, found a cathedral as the most suitable than all other of an external phenomena. Ages were changed to Renaissance or New Age and a printing press appeared with mass producing of books. Books contain their own beauty and express different ideas, high and spiritual too. From that time on, books are some alternatives for finding and being in a high spiritual condition for humans. As a result books replace a cathedral and human rarely go to cathedrals and touch with spiritual principles through books. That's why the second character in a game is a book's daemon.

In the first stage of a game book's daemon creates tasks for collecting beans of Aleateya. The first task is to collect beans of Logic on a board like a chess board in the central part of the inner space of a cathedral. The levels with boards are the most difficult parts in a game and you need to get some skills for creating ways on boards and collecting beans of Aleateya on them. Other levels on a first stage destroy webs in the left part of the cathedral and collect beans of Struggle there. That level is named Dark Deepnesses In Heart. Right part of the inner space of a cathedral contains crystal walls beyond that  possible to find the beans of Intuition or some of the walls don't melt and there are places of book's daemon. Levels with collect beans of Intuition are named Light and Shade In Mind. This way we have that the inner space of a cathedral divided on the central part is a part of logic, left part is a part of heart and a right part is a part of mind. 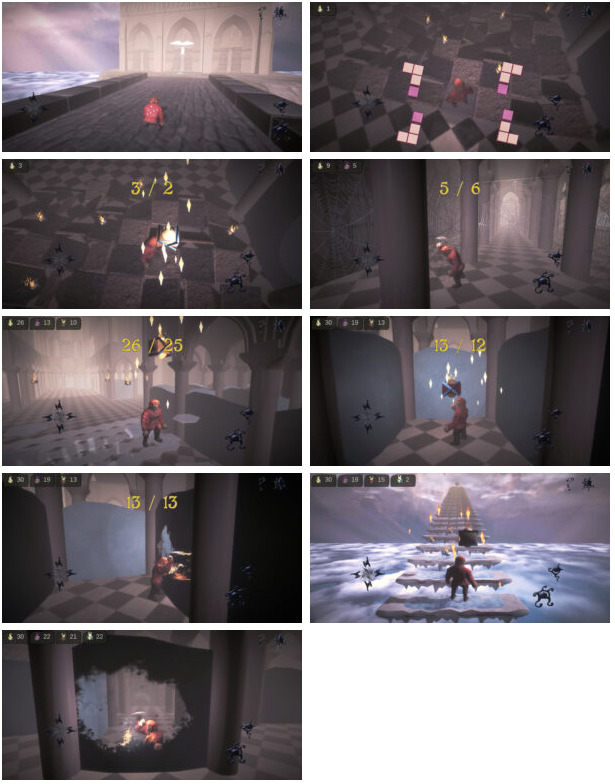 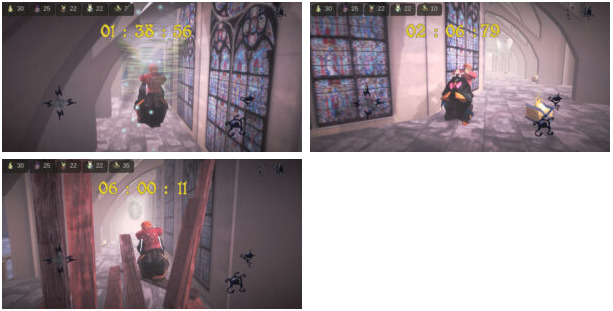 Metamozzo woke up at the center of a cathedral. New character Raelmirra appeared there at the same time. Raelmirra told Metamozzo about an angel. After that they go to an external part of a cathedral with a green grass and location that has symbols of childhood. It's the simplest level where you need to collect beans of Summer only, but collect them on time. When all beans of Summer were collected Metamozzo and Raelmirra came back into the inner space of the cathedral on high level. On a Higher walking process Raelmirra told Metamozzo some story of the cathedral and all other phrases about process and memories. After the first part of higher walking Raelmirra stayed on the edge of the higher part and next part of their way is Air ways through bubble paths that were created by Raelmirra. On bubble paths they can find beans of Lucky and collect them. The way in the internal space of the cathedral on high levels is not short and combines Higher walking and Air ways parts. What's next? What is higher than high levels? 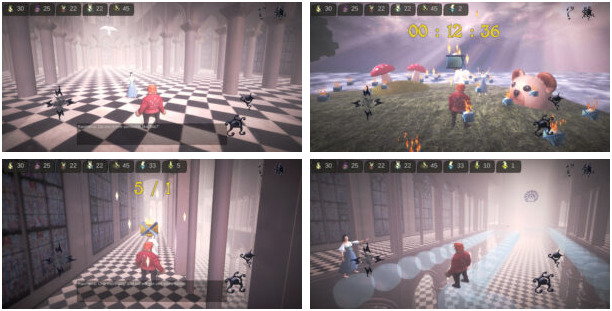 The fourth stage is a walking on the roof of a cathedral. Metamozzo, Raelmirra and Angel need to keep balance on a roof for a walkthrough that way and collect beans of Balance. Sometimes it's a dangerous adventure, but Angel takes the hand of Raelmirra and Raelmirra can help Metamozzo not to fall from the roof when they do not keep balance.

When all parts are completed there is a time for a high and romantic finish of this story... 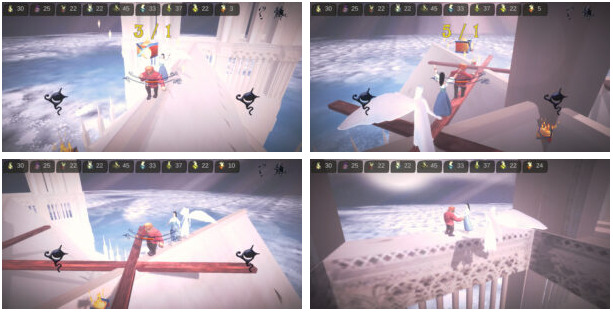 * Tips and tricks for every level (via help button)

* Soundtrack for every character and kind of level

* Philosophic senses in a game plot