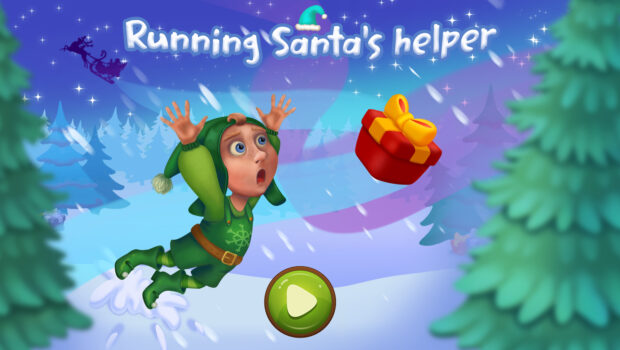 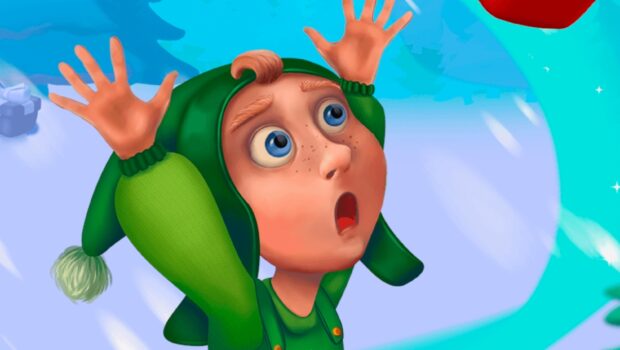 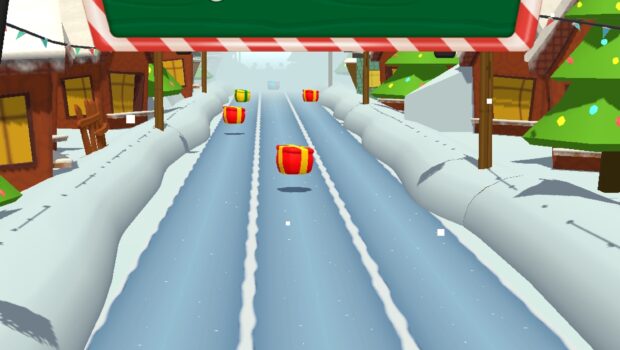 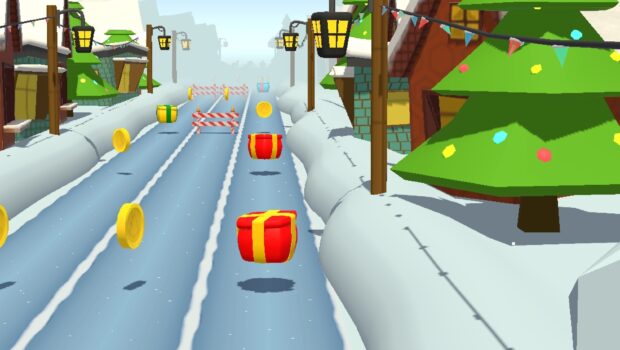 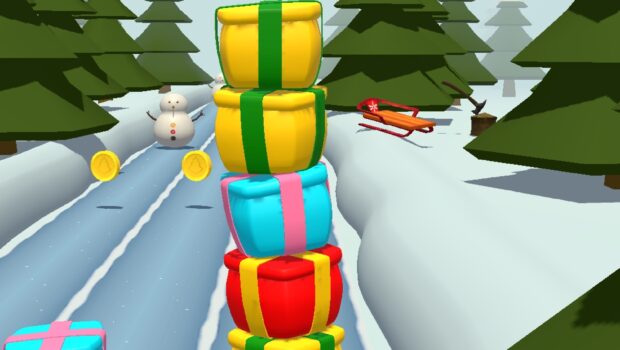 Our game is an experiment in the gameplay fusion of two very popular mobile genres - runner and match 3, so this game is for fans of these genres, namely those who want more action in match3 and
more depth in runners

It's no secret that little Elves help Santa Claus. One of these elves saw how Santa's bag was torn during the flight and the gifts began to spill out onto the ground. Our task, avoiding obstacles, is to collect these gifts in order to return them to Santa and to collect coins to pump bonuses. But at the same time, gifts accumulate at the elf's hands and are visually displayed as if he is carrying them in front of him, when you collect 3 gifts of the same color, they are credited, a bonus is given. If after 2 gifts of the same color a gift of another color is selected, then the gifts do not disappear and can thus accumulate up to 10 pieces of different colors, extra gifts can be knocked down on the upper obstacles, such as candies on the sides of the track and icicles in the cave. To help the player collect gifts, we have added bonuses, which are quite standard for runners: a magnet and doble bonus points. And also our know-how is a snow tubing - when knocked out, the player's movement speed increases, he can demolish obstacles, becoming invulnerable. Bonuses can be pumped for selected coins in the store.

We are a team of enthusiasts, we met at one of the training courses where we built the game. There are three of us, a game designer, a Unity developer and a 3D artist. It seems to us that the game turned out to be quite successful and therefore we decided to release it and organize our own studio in the future