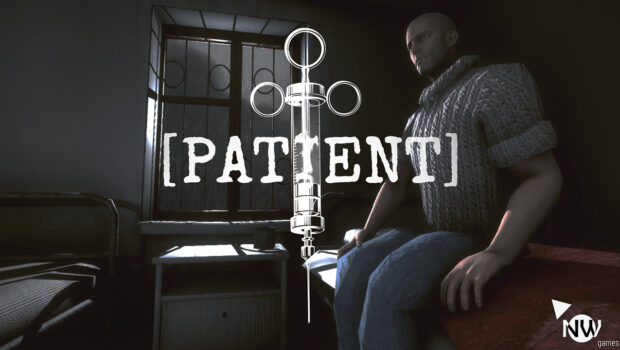 Amnesia. Is it a gift or is it a curse? It all depends on your past...

[PATIENT] is a Point and Click quest that tells the dark story about man who ended up in psychiatric clinic not because of illness. He doesn't remember anything, not even his name. All that remained in his memory is the shabby walls of the ward and the orderly standing in front of him and saying that he must run, otherwise he would faced a painful death.

Who is this orderly? Where to run? What exactly had the main character done? What's going on? Why doesn't he remember anything? Maybe somebody helped him to forget something important?

Only questions, the answers to which are hidden in his past he does not remember.

The main features of the game:

# The game includes 3 chapters, during which you will plunge into the rather inhospitable atmosphere. Don't expect that everyone around you will be glad to meet you or you will be someone special. But who knows what awaits you.

# You have to find out the reason why you lost your memory and what is so important you forgot. Or maybe somebody helped you to forget.

# The cult game Grim Fandango is taken as the reference for the core mechanics. In addition to the mouse, integration of the keyboard and gamepad is planned.

# The basis of level design is photographs of real places.

# The plot of the game is inspired by novel "Fatalist" written by M. Lermontov

# The game has various Easter Eggs and references

# In addition to the main line of quests, minor ones are planned.

We are the small team of 3 people: 1) Team Lead, he's the 3D artist, the scriptwriter, the original author,the programmer and the game designer 2) Sound designer 3) Second programmer. 2D art comes from freelance.

Firstly, the project started with one person. From time to time, some people and friends helped with the 3D models and testing. By the project's page in social networks and by the acquaintances the team began to expand. That's how we got together.