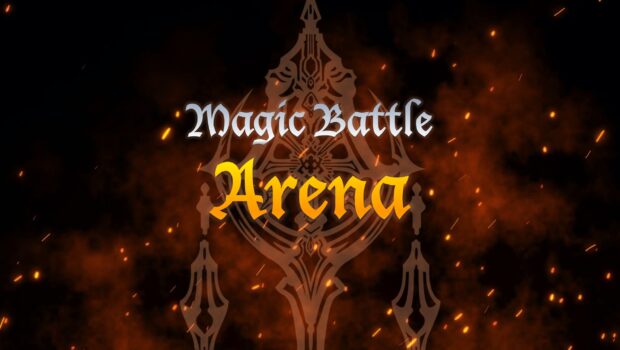 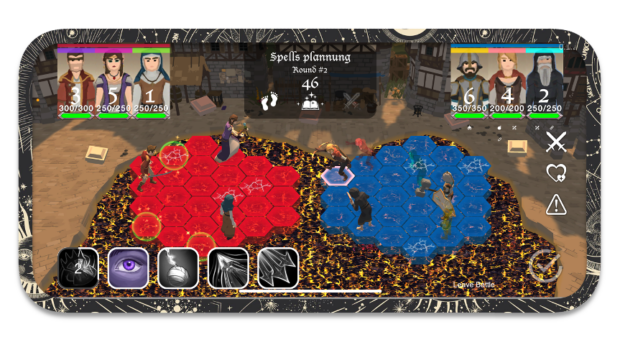 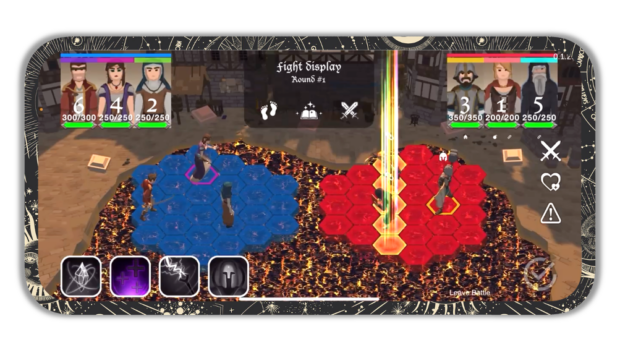 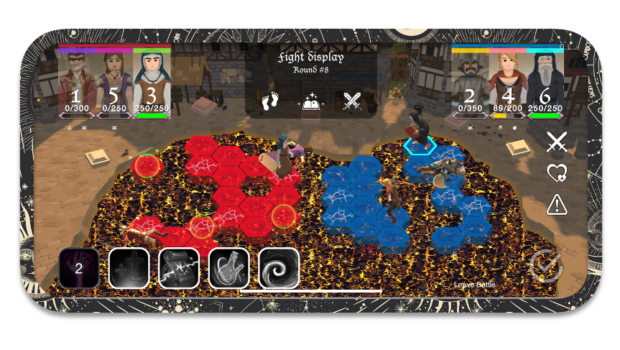 Magic Battle Arena is a mobile PvP Turn-based Battler (3v3). To put it simple, it is like fight gameplay of Heroes III meets Clash Royale and Chess. We want to reboot TBS genre for mobile market and make it fast and competitive just like Clash Royale did to mobile MOBAs.

6 Players enter a 3v3 team battle and control 1 Champion each. The goal is to eliminate all enemy Champions (for the demo we made battles in 1x1 mode where each Player controls a team of 3 Champions).

Each battle has several rounds and each round is divided in Phases: Movement Planning, Spell Planning and Auto-Fight.

During the Movement Planning phase Players choose where their Champion will move. They should avoid enemy spells yet periodically gather together to apply buffs on each other.

During the Spell Planning phase Players choose which spell their Champion will cast. There are 3 types of spells in the game: Light, Normal and Ultimate.

Light spells are cast BEFORE the Movement phase - they usually apply effects that grant tactical advantages.

Normal spells are cast AFTER the Movement phase - they deal damage or apply dangerous effects but in order to hit the target Players need to predict the enemy’s movement.

Ultimate spells work like Normal spells but the only become available after a certain round and have longer cooldowns.

Each Champion has a unique set of abilities, Max HP and Movement points so they all play different roles in the fight.

After the Planning phases the Auto-Fight begins. Each Champions perform their actions in accordance to the Action Order.

Our team has vast experience in the mobile industry:


We are based in Moscow, Russia

My name is Alex, I am CEO&Founder at Siverfox Games. I have 5 years of Senior to Chief-level Product Management and Business Development experience in successful mobile startups. Yet gaming has always been my passion and I have had a dream of starting my own studio as soon as I feel ready to become an entrepreneur. At this point in my career and life I feel confident that I have enough courage, knowledge and skills to bring amazing gaming experiences to players all over the world.

My business partner Alexey is my tech guide to the world of game development. Before becoming CTO&Co-Founder at Silverfox Games he has been working as a Lead Unity Developer for more than 7 years. He has a portfolio of 5+ mobile titles and he developed games with multiplayer PvP and PvE core mechanics, engaging meta gameplay, turn based battles, complex client-server communication and all this experience is highly applicable to technical architecture of Magic Battle Arena.