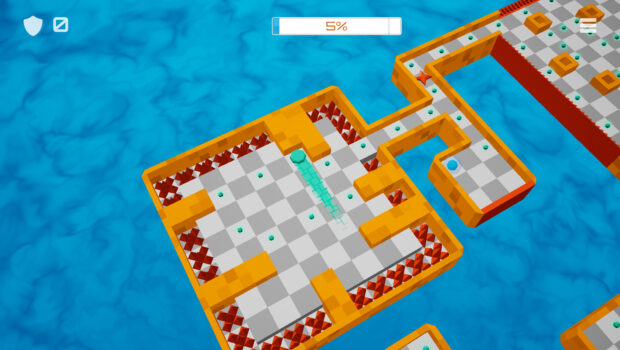 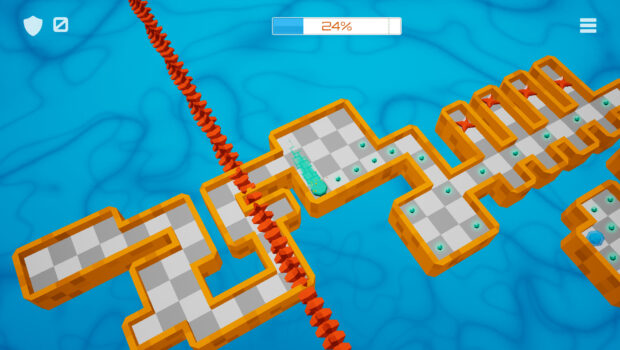 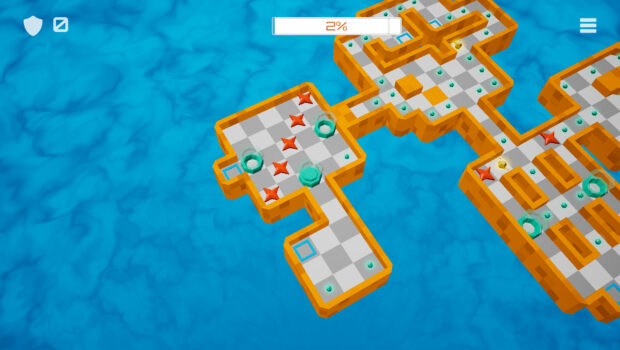 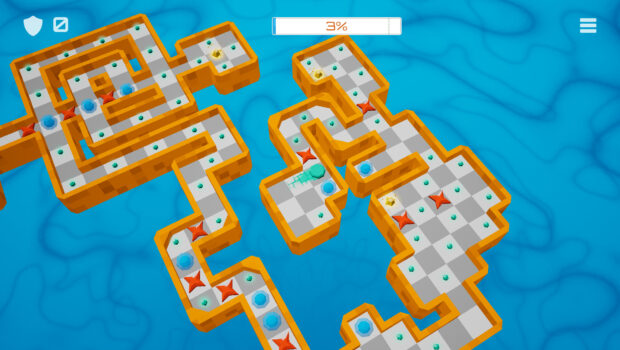 Guide the green checker to the end of the maze. Along the way you'll encounter puzzles to solve, as well as dangers to slip through.

Logicka refers to both arcade games and puzzle games. As in arcade games, you will meet many action elements in maze: dangerous enemies, hidden traps, appearing and disappearing stakes, walls of death and more. From puzzle games will be difficult (no) riddles, walls both helping and hindering the advancement, levers disabling traps and locking enemies and much more. All this in stylish, bright and simple 3D graphics.

The rules are simple. Guide the green checker to the end of the maze. After starting to move, the checker moves in a straight line until it collides with an obstacle. Along the way you'll encounter puzzles to solve, as well as dangers to slip through. Don't forget to collect the green dots and yellow gems, they will help you on your way!

The game was inspired by Tomb of the Mask and is in Early Access now, and we're constantly tweaking and improving it. At the moment there are 25 levels in the game, and we really need feedback about their difficulty and interestingness and the game as a whole!

We are a team of 2 people: Denis and Andrey. We work distributed and remotely even before it became mainstream. Basically we did casual games in cooperation with Alawar. Between releases of The Unexpected Quest and our new project, we decided to do something simple and enjoyable. We ended up with this mobile puzzle game.