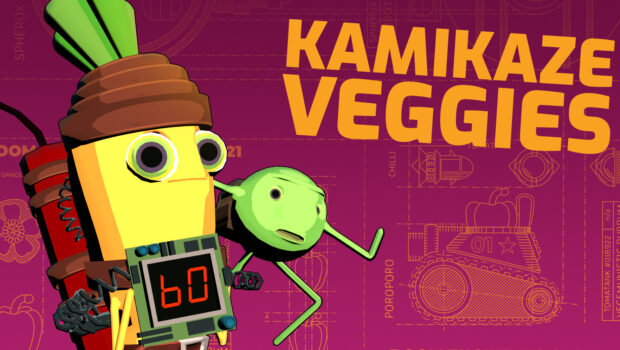 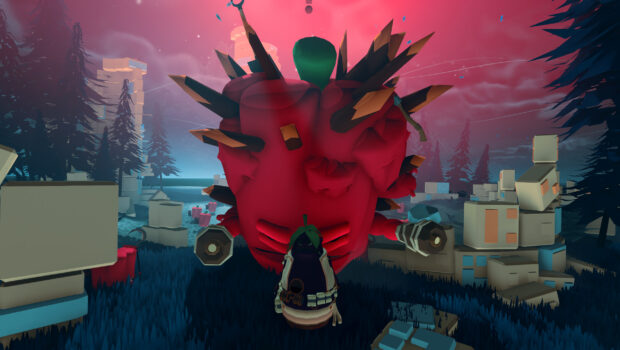 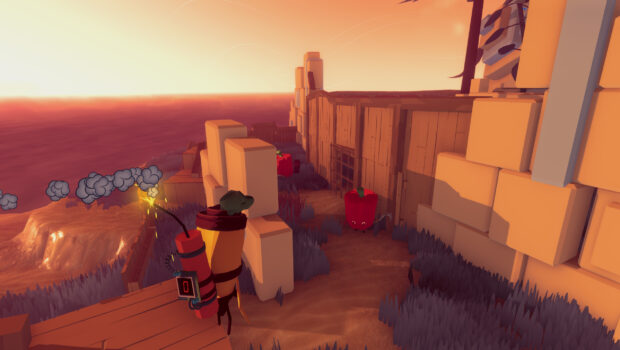 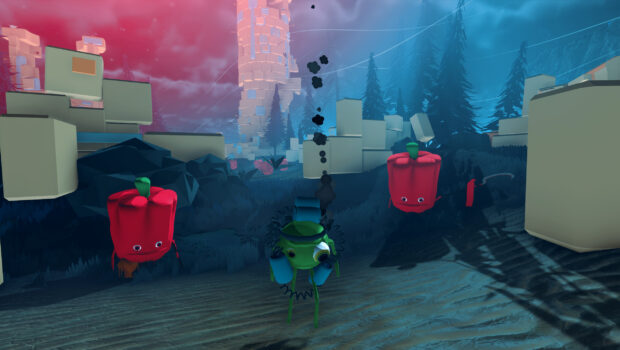 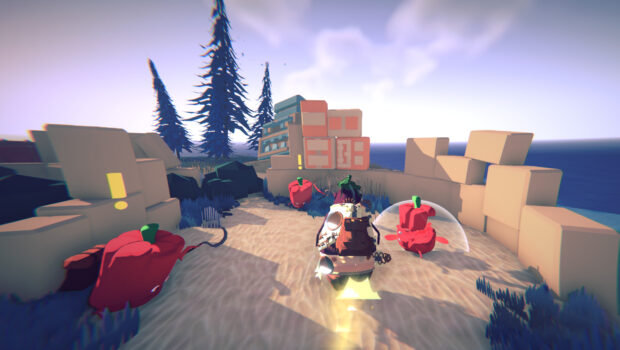 Kamikaze Veggies is a mirror reflection of our passions and the need to create a unique and exceptional game. It's a mixture of black humor, fairy-tale world, war symbolism puns, and a breeze of adventure on your back!

Description & Story
The mad leader of the red vegetables is a lover of Carrot Marx’s philosophy and a
ruthless tyrant. He decides to create a powerful army and take control over the
world. When the red veggie scientists manage to clone the first GMO soldiers, it
becomes clear that the world is headed for destruction. Red vegetables begin to
conquer neighboring lands, destroying everything they come across.
Only the ”Kamikaze Veggies” can stop them. They are a small squad of trained
kamikaze soldiers, ready to die. The player's task is to use their unique skills and
carry out subversive actions. When the situation on the front remains untouched, the
brave vegetable says goodbye to the world in a spectacular way and takes the
enemy to the other side. The game is steeped in the symbols of the Second World
War and the dark and absurd humor makes the game suitable for adult players. 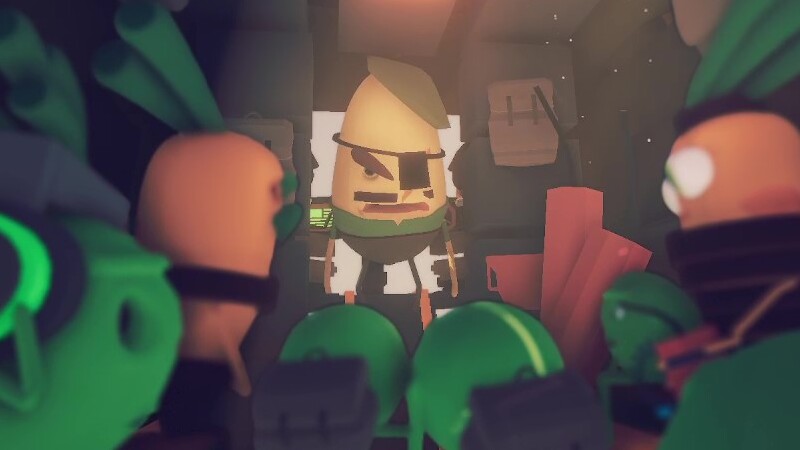 
The gameplay of "Kamikaze Veggies" is about performing war missions. To completethe mission the player must achieve the main task. The player can also go back toprevious levels to improve their results. Each mission has a budget for recruitingfighters. The budget increases or decreases depending on the difficulty of the tasks.After the player chooses his team of veggie-warriors the mission begins. Thevegetable lands on the map after a parachute jump and begins hostilities. Thewarrior has a choice of several types of grenades and a “kamikaze blast”. There arealso many objects on the map that can be used to fight the enemy. Warriors performtheir mission individually. When a warrior dies on the battlefield, another takes hisplace. The player loses when the last Kamikaze dies.

Art style
The game is full of contrasts. The brutality of war mixes with the world of fairy tales.Aesthetics is a combination of comic book style and realistic objects. The World ofKamikaze Veggies is immersive. The visual concept is inspired by the game Legendof Zelda - Breath of the wild.

We are a small family company located near Cracow in southern Poland. Red Limb Studio is 5 years old and was founded by two cousins: Franciszek Batko and Adam Mrózek. They are the main programmers and pillars of our company. Currently, the company also employs Maciek Dudek: Level Artist and Jacek Batko: junior manager/story writer. Our Team has released 4 games of different genres, intended for different types of players.

It all started with Franciszek Batko (CEO), who presented his first game at an IT competition during his high school days (2010).  A common feature of all members is specific dark humor and a love of Quentin Tarantino's films. Our hobby is playing rock music. 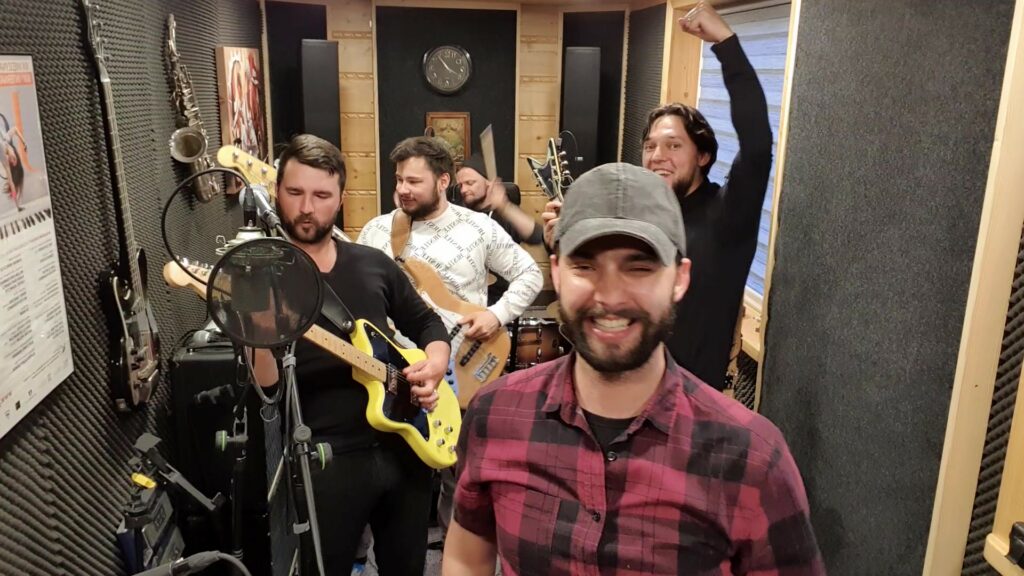