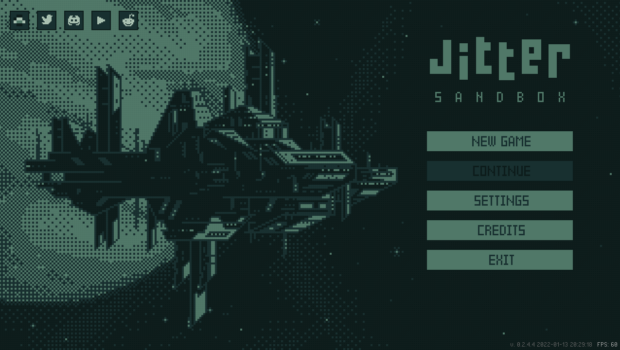 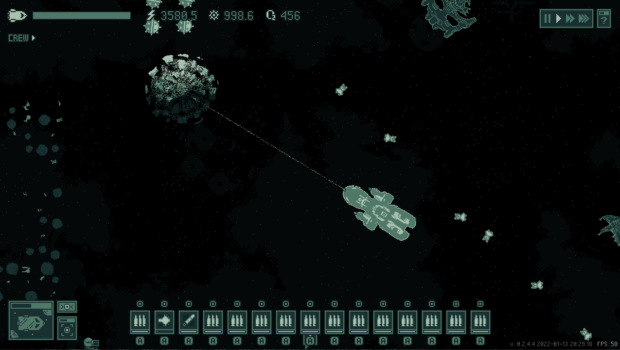 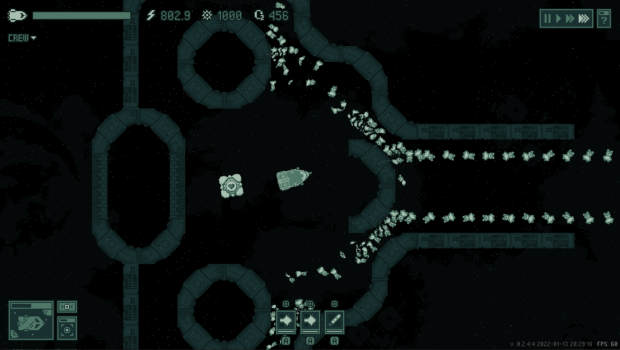 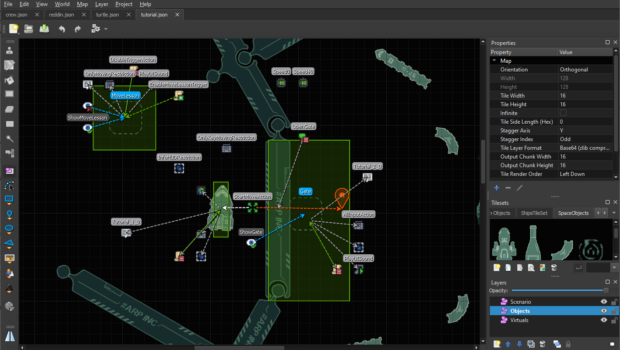 This is another game about space. It has a lot of FTL, Osmos, Oxygen Not Included. But he still does not look like anything. The principle from which the developer does not deviate: the maximum emotions by the minimum means.

Jitter Sandbox is a sci-fi exploration/survival game in which you take the role of a spaceship’s AI. Your mission is to rescue survivors after the accidental explosion of a huge space station. You start the game with a small ship and explore space sectors, adding survivors to the crew, rebuilding the ship with newfound modules, and dealing with various emergent onboard situations, battles, and random events.

The game has ample opportunities for user-generated content - with a handy editor, anyone can create their own story.

The game has an original physical model that allows you to destroy any objects in space, cut in half. The basic mechanics of the game are based on this

There are no plans to manage live people, but the player can manage the robots

Many different weapons are planned, including a gravity cannon

Units in the game have a size of 4x4. There is a system of customization and skins.

The game has ample opportunities to generate custom content - with the help of a convenient editor (Tiled), anyone can create their own story.

The editor has tools for creating a script

It is also worth mentioning the system of dialogs based on markdown:

The project is currently under development. You can try some mechanics in the build. In fact, it is a techno-demo.

I develop the game myself, but I constantly collaborate with different people. They help me draw art, write a script, create a narrative, make music and sounds. The community tests the game and gives feedback.

This project started as a hobby but later grew into a full-fledged one. I'm working on it outside of my main job.