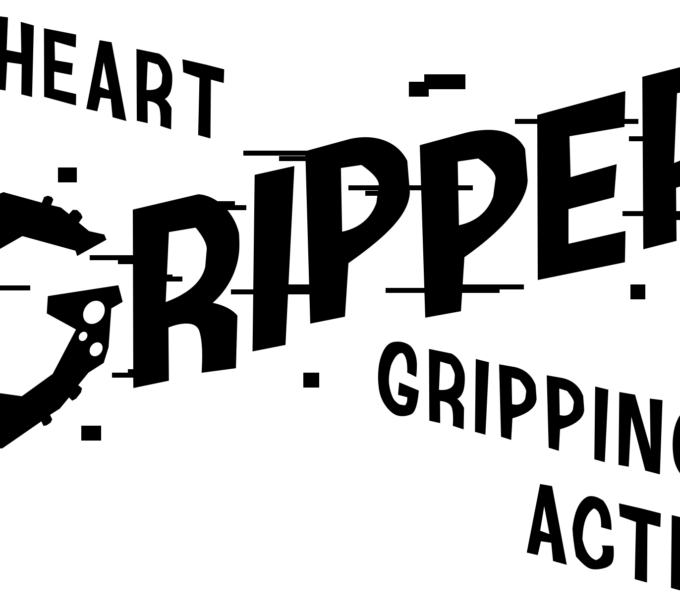 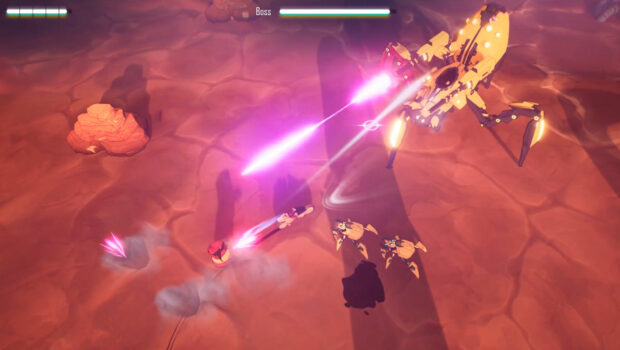 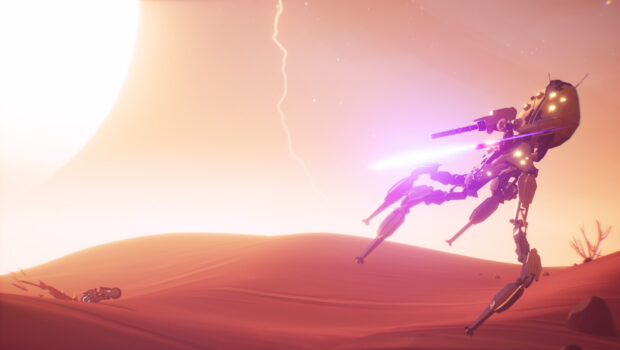 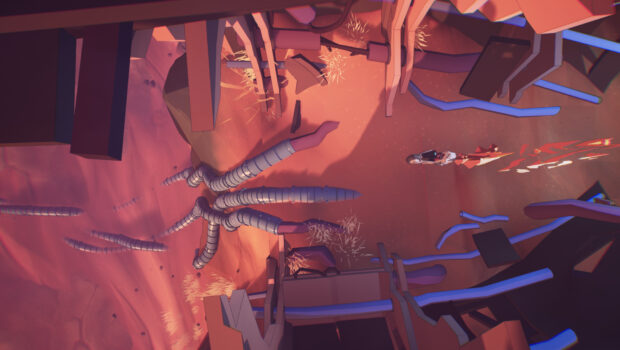 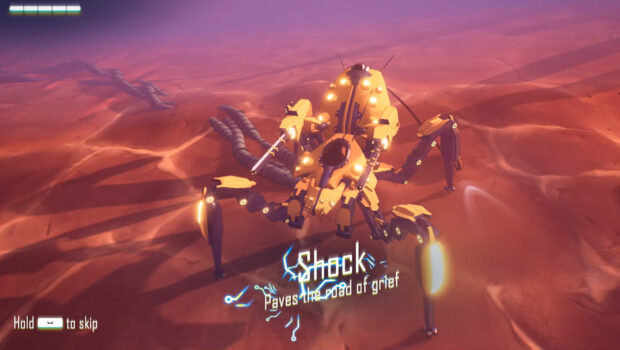 Gripper is a mixture of three cultural phenomena: Zelda games, Mad Max movies and the anime Akira. This game runs on Unreal Engine 4 and lets you dive into battles with furious bosses, feel the atmosphere of the apocalyptic world and unveil the mysterious secrets of a cyber-biker None and his family.

Gripper is a cyberpunk action RPG on wheels where you GRIP & RIP bosses in a post-apocalyptic world. Dive into bullet hell arena fights mixed with pounding rhythm races.

You are a cyber biker deeply stuck in mind of family member. Rush through surreal biomes filled with living nightmares, creepy tunnels and brutal bosses who hold the keys to freedom. Explore dark worlds with the help of your faithful operator. If you lose the loved ones will die.

Try a unique mechanic — grip everything you see, throw it at your enemies and rip them apart. Gripper challenges you to kill bosses in an unusual way. Rage, grip and speed is all you need.

Fight hordes of creeps and modified bosses in the Nightmare Mode. Upgrade your special abilities to become more efficient weapon of war. Discover new collectibles to reveal the mystery behind your family.

We can finally show you the improvements that we made in 5 months after restarting the games production. It’s a brand-new point of view on the game, that came closer to the initial rage-action feeling. It opens new possibilities to show the new style, the new hero, the advantages of the motorcycle over the car, the new faster dynamics.

We are very happy, that we can once again work on our dream game and that community supported us no matter what. After the old prologue release, we’ve gathered hundreds of reviews from players and put them in different categories: Plot, Music, Controls.

We’re working in all directions, improving every component of the game. We want to show that we are back. To show you that we are progressing.

Our CEO of Heart Core — Kirill Zolovkin, has been doing his favorite thing since 2002 — game development. Little by little, this interest turned into work and now, Kirill has 13 industrial nominations and awards, he has experience of working with big companies such as Wargaming and My.Games — AAA RPG’s that run on Unreal Engine. And now, Kirill is developing his own game — Gripper.