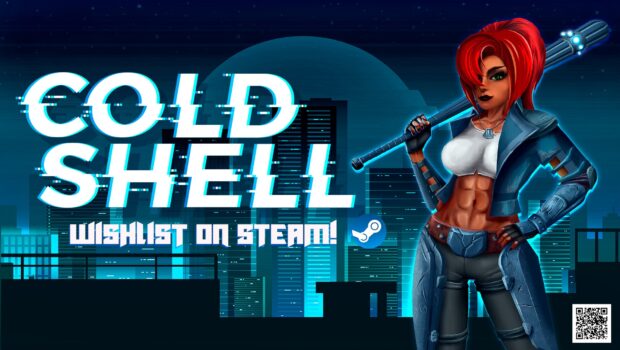 Your country lost a big war a few years ago and was occupied. The army and police are disbanded, firearms are withdrawn and banned. Spy drones fly over the streets, collecting information about all the inhabitants. Corporations are tearing the city apart with their skirmishes, and street thugs are creating chaos at night. And now the army of invaders has besieged the city and is not letting anyone through. All these global problems don't worry the main character so much.

Yesterday she dreamed of how she dealt with a gang of thugs and their boss, who was driving a stolen APC with a machine gun, all alone. During this dream some joker remotely hacked her implants and turned on the increased adrenaline secretion by the adrenal glands. Back In the army, soldiers had the adrenaline pumped up before the attack - for courage. Now she can't sleep until she lets off steam. So she had to get her bat out from under the bed and go out into the street, in the direction from where the loud music sounds, which the thugs love to listen to at night ...

Five key features of the game:

Melee. Firearms are banned in the society, bat and police shield are your new friends.
Rapid action. Intensive cycle: dash into battle - smash your enemies - level up - repeat!
Player's room. Change the interior with elements torn from the cold hands of enemies in the underground arena.
Skip the story, interrupt the talkers. Too lazy to read? All that is really important is always highlighted and in plain sight.
Use the environment. Lure the enemies under the wheels of unmanned vehicles, toss boxes and bar tables at them, break glass and shop windows with knocked back enemies, throw them out of the windows onto the cold asphalt of the streets.

The game is made by some guy from Saratov, in the evenings (and nights) after his 9 to 5 boring office job. As a creative hobby. I am (more or less) actively helped by a familiar artist of mine, who draws the graphics of the game. The musician writes music for the game on the outsource. Also i have a designer friend who draws promo art for the game page at Steam. Together with that designer I made and released my previous (and first) Steam game - Molten Armor. Which became widely known in (very, very) narrow circles.

Realizing that I am a small indie developer (western colleagues have a separate word for people like me - hobbyist), I do not try to hold a serious face and try to look like a cool pro developer. I make a game that will be pleasant to play, first of all, to myself. But listening to constructive feedback. As it turned out, the game is interesting not only to me alone. And here I am, filling out an Indie Cap questionnaire, because why not?