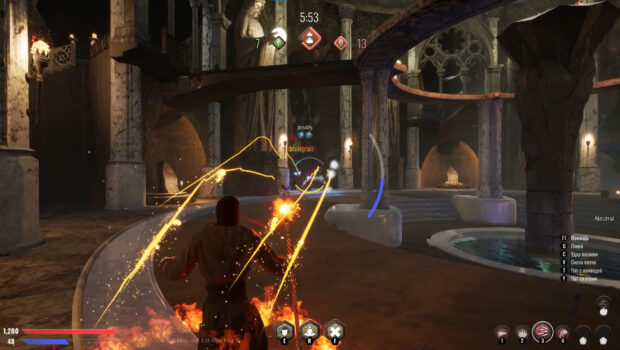 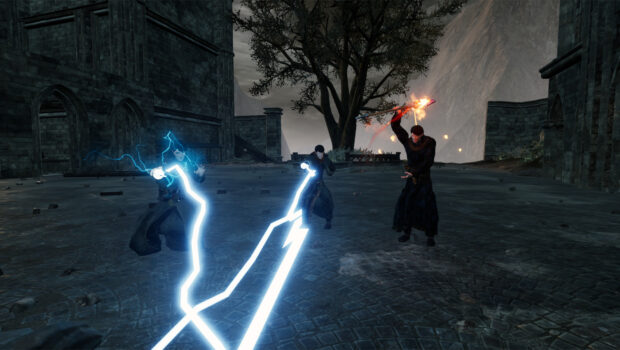 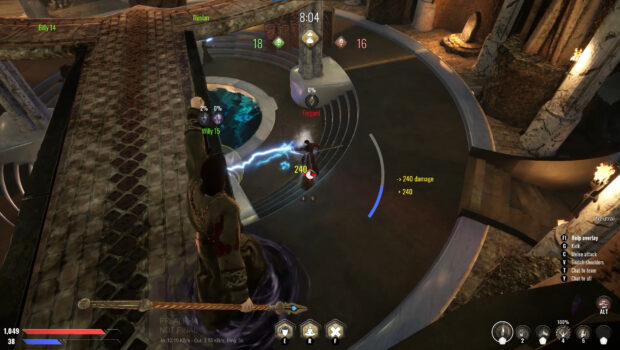 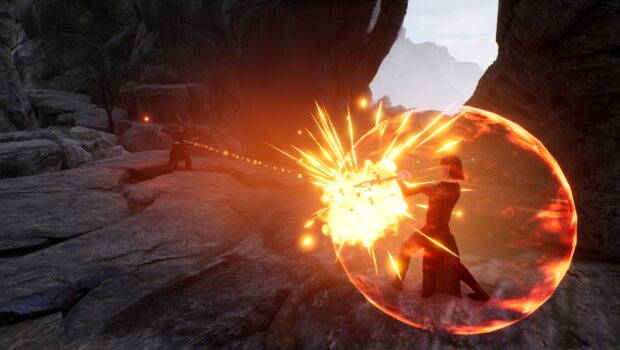 Apocrypha is a multiplayer magical third-person action. Players are presented with a wide range of various-purpose spells. Freeze your enemies with a snow storm, bring powerful lightning bolts down on them or incinerate them in a magical fire. Team up with your friends and crush the battlefield with thought-out tactics.

Apocrypha is about magical team fights.

Many mages, shamans and miracle workers arrived to the continent after the discovery of aether winds. Magic here was stronger than anywhere else in the world as this is the exact place where the ancient relics called The Source resided. Many guilds and orders immediately realized that the one who seizes all the Sources will be able to control the aether winds and thus seize all the world's magic. Not wishing to part with its power, a continent momentarily turned into a fierce battlefield for the Source. Some dreamed of an infinite power, some dreamed of the dominance over the fate of all mages or even of conquering the world. However there were organizations that wanted to destroy the Sources, hide them from people's greed or summon the ancient gods to save the world. Whatever the motives or the intentions to seize the Source are, the information about the relics' locations is spreading rapidly and the roads leading to them are paved with blood of countless magical battles.

- A wide range of spells and abilities with flexible leveling and versatile tuning to suit players' favorite gameplay.
- A dynamic spellcasting system gives players a wide range of options in battle that allows to hone their playstyle.
- Additional abilities that allow players to change the outcome of a fight when used correctly. For example, a shield that protects from damage or a counterspell ability that does not allow an enemy to cast their spell.
- A possibility to plan a mage's build considering all the available spells, abilities and also weaponry and artifacts.

We know each other since 2005. We always loved and discussed different games, followed the latest releases, while not forgetting about old-school legends. But the main source of our inspiration always were fantasy RPGs. We played text-based, verbal-based and table-top RPGs. At some point a quest for the favorite game reached a dead-end because we wanted to play with magic, but such game was never released. Tired of waiting, we decided that we have no choice but to create it by ourselves so we can finally play it. And since we like player vs player gameplay, it was decided for Apocrypha to be built around pvp magical battles.

Sometimes we also get help from our friends, kind people and freelancers.