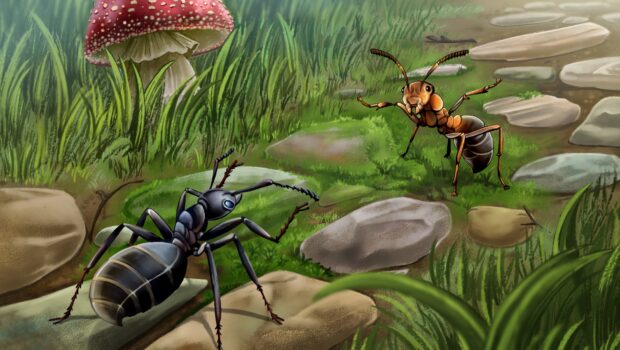 An original strategy board game for 2-5 players, with simultaneous moves and quick sessions.

Ant Queen is a board game about ants. The game can be played from 2 to 5 people, depending on the number of players, the field will change. Players will play as one of the young ant queens, who are fighting for the right to inherit the place of the old queen. Players have to extract resources, build anthills, fight, and play cards to gain influence points. Ant Queen is a turn-based game, however, players make moves at the same time, which minimizes waiting times and garants to relatively fast sessions. At the same time, strategic planning and various tactics are possible in the game.

The game was developed by one person, I live in the city of Kemerovo, Russia. I started making my first game in 2019, at that time I had little programming experience. The choice of genre and universe was based on personal preference.

In 2020, I released a turn-based strategy game in Steam. Immediately I switched to creating a new game - Ant Queen, this is my first mobile game. I worked with a programmer for a couple of months, ordered 2D graphics and sounds from freelancers, and attracted friends for testing.