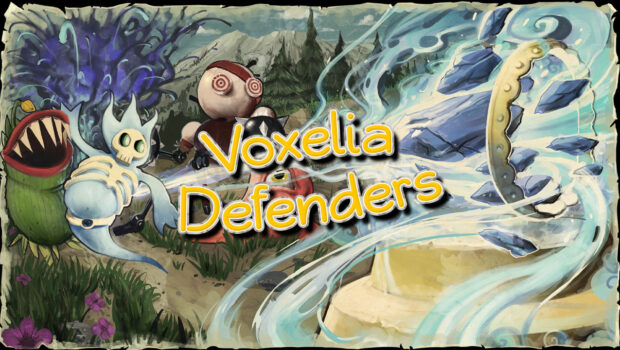 Tower Defense in which classic mechanics mixed with other genres.

Voxelia Defenders is a mix of classic games of Tower Defense genre with a mechanics from other genres such as, for example, rogue-lite games.

The game also contains system of dialogues with a variations in answers what would lead to different, "branched" dialogue and a story build as humorous, lite-mood phantasy.

At the current stage the game already has the following "classic" systems implemented:

The team of the project is kinda small. 1 constant member plus various part time contractors that are being hired from time to time to cover various tasks like splash screen creation, bugs fixes etc.

At the current moment the project development is and indie hobby beside main job as product manager in a game-dev company. In a perfect case scenario the project would be a start for an indie-studio which would support, develop and grow Voxelia, DLCs for at, next parts of the game and some spin offs.

Sources of inspiration are other indie games, fantasy and sci-fi, desire to create unique projects that would stand out not only with gameplay features but also with some graphics. Because of the chronical under financing it's a really tricky task to achieve this effect :D