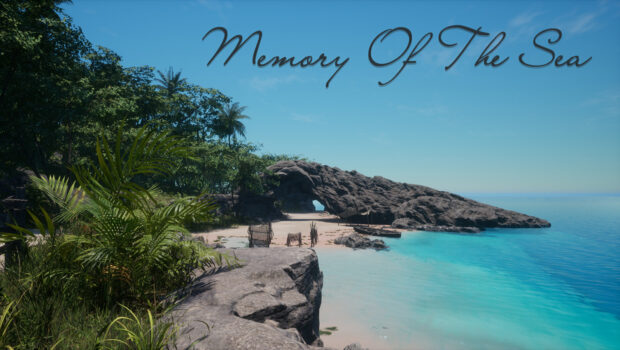 Memory of the Sea of Legends is an adventure drama about a bygone era of pirates, with an open world and RPG elements.

The goal of the project is to show the era of the late 17th, early 18th centuries through the image of a specific person who became a pirate, to tell a story on his behalf and from the perspective of those people for whom life as a pirate has not always been an easy moral choice.

1. Creation of an integrated combat system. (At this point, it is important to say that we are moving away from the health bar, the calculation of injuries will be based on the number of hits in a specific area of ​​the body (for hand-to-hand combat and the hit factor for cold weapons. In other words, hit-injury-death))

2.Scenario ((drama and replayability) In short - this is the story of a petty thief from the port slums of London, who becomes a privateer, and then a pirate, after going through trials and personal losses, he will come to realize himself in this world. All this takes place against the background of the colonial wars that, like a meat grinder, suck human lives into themselves, grind them and change them.) Replay value lies in the variability of the passage of the main (plot) and additional tasks.

3. Social system (team management). Now we are working on a complex AI system that will allow us to implement the simulation of life in the archipelago, food chains for animals and the social connections of the NPC with each other and with the main character. It is important to say a few words about the team. Each of its members will have personal characteristics, here our goal is to create a sense of integrity in the player with the crew, with each of its members, to show that the death of each sailor is a human tragedy, caused by possibly incorrect actions of the player to control the ship and the crew. Hence, our goal is to achieve a realistic simulation of social factors as close to reality as possible.

5. It is also important to say about three factors, such as the physical system, which will be based on CHAOS technology, which will allow us to implement complex solutions for the physics of objects inside the game world, as well as the player's interaction with them. The second factor is the photorealistic implementation of the game world, our goal is to convey the atmosphere of the Caribbean archipelago as close to reality as possible, for this we will partially use photogrammetry based on Quixel technologies, partially high quality models. This symbiosis will give the player maximum immersion in the game. The third factor is creating realistic characters and their interactions with the world. This will be achieved using Epic Games' latest technology Meta Human, also our Motion Matching system.

6. The creation of the game is supposed to be based on the Unreal Engine 5 game engine for PC, XBox, PlayStation platforms.

Hello! My name is Aleksey. I am the founder of Massa Games studio and the author of the idea for the game "Memory Of The Sea. Legend".

The idea to create a game about pirates came to me quite a long time ago, and the only thing that I was initially guided by was the desire and the opportunity to create this project, I had nothing else at that time. Initially, I was engaged in the development of the game alone. And the first stage was the creation of content, since the concept at that time was already formed for me. As the implementation progressed, people began to come to me who, just like me, were interested in this topic, this is how the Massa Games studio was formed. Now the studio consists of 3 people. At this stage, we try and test our ideas. For this, we have created this test version of the project.

In the future, we are going to switch to Unreal Engine 5 and start developing a full-format multi-platform project in which we want to invest all our ideas. But now my goals and objectives of the company are to popularize early alpha in order to draw attention to our project and search for sources of funding to create a full-fledged game.